What happens to wellbeing when economies do not grow? 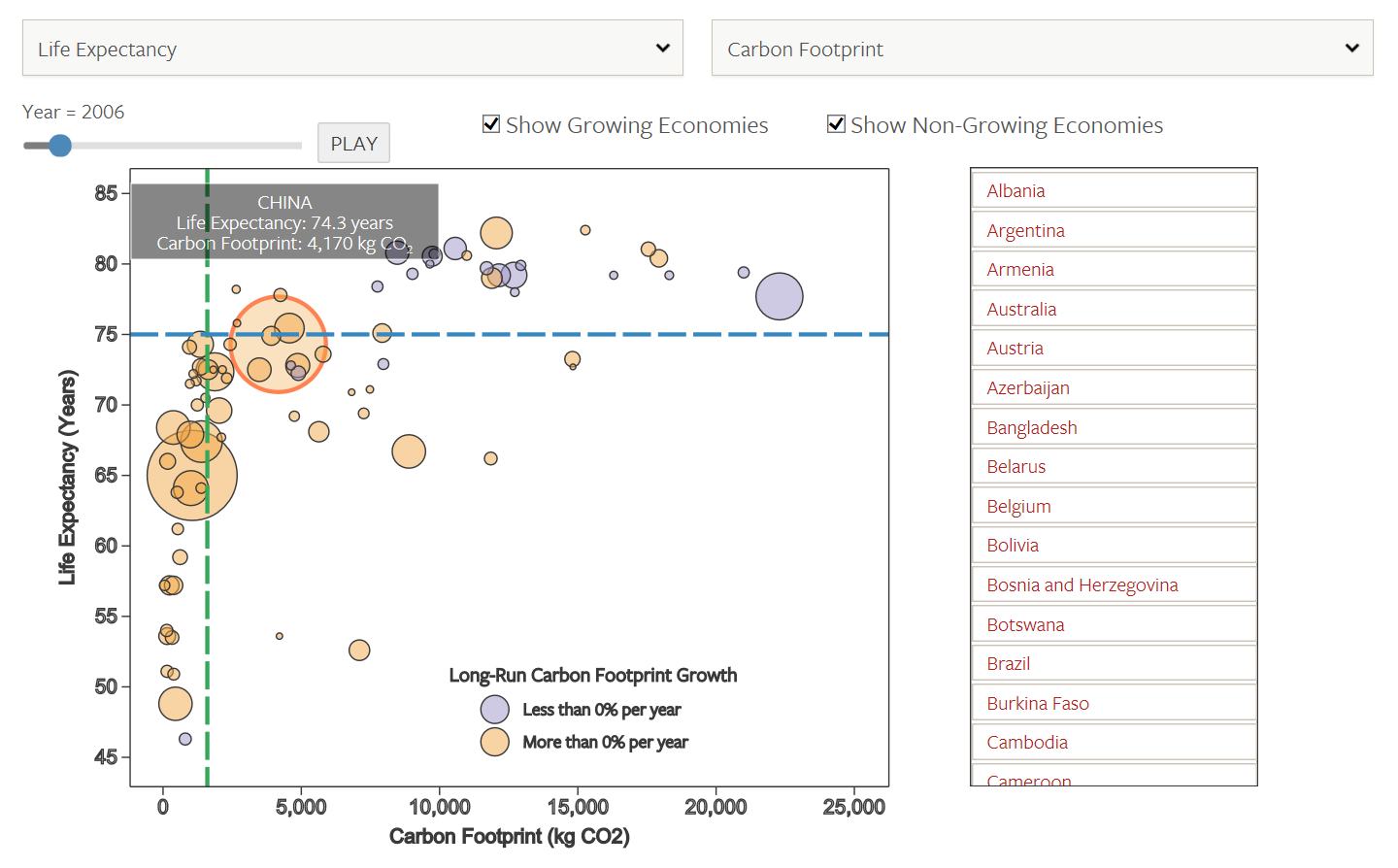 Ten years ago G20 leaders committed a staggering $5 trillion of public funds to rescue the banks and restore growth during the largest economic contraction in modern times. The economies of an unprecedented number of countries — and their associated environmental footprints — experienced very low growth over the decade that followed. In a recent study published in the Journal of Cleaner Production, Dan O’Neill and I used this low-growth decade as a kind of “natural experiment” to look at how wellbeing and consumption change over time across growing and non-growing economies. We analysed two wellbeing indicators (life satisfaction and life expectancy), and two consumption indicators (GDP per capita and carbon footprint) for close to 120 countries over the 2005–2015 period. We found that Easterlin’s famous happiness–income paradox can be seen as a specific case of a generalised “wellbeing–consumption paradox”. People in countries with high levels of consumption tend to be happier and healthier than people in countries with low levels of consumption in a given year, but there is no evidence that growing incomes or carbon footprint improve either wellbeing indicator over time.

Life expectancy versus carbon footprint for different countries (scaled by population). Ideally countries would be in the top-left corner. Source:  Fanning and O'Neill (2019). Interactive data visualisations available at https://goodlife.leeds.ac.uk/paradox/ While much of the literature has focused on what happens to wellbeing when economies grow, a much more interesting and urgent issue for advocates of degrowth is what happens to wellbeing when consumption does not grow, especially in overconsuming nations. We found that the answer depends on how wellbeing is conceptualised and measured. If life expectancy is used to measure wellbeing, there’s good news: life expectancy increases steadily in all countries regardless of whether income or carbon footprint are growing or falling. A given level of life expectancy – 75 years, for example – is associated with 25% less income and 35% less carbon at the end of our analysis period compared to the beginning. This steady “decoupling” of the income and carbon emissions needed to achieve high life expectancy is not new – it has been ongoing since at least the 1970s. However, if life satisfaction is used to measure wellbeing, the news is not so good. Self-reported life satisfaction tends to fall across countries with declining income or carbon footprint. For example, a mitigation rate of ~6% per year is needed to reduce the average carbon footprint of the countries in our non-growing group from 10 t CO2 per capita down to 1.6 t by 2050 (a level broadly consistent with the 2 °C target). But our results suggest that life satisfaction in these mostly wealthy countries would decline by 2.5 out of 10 points over the same period, based on current relationships. How do we make sense of these diverging findings between life expectancy and life satisfaction across countries with non-growing consumption? We see wellbeing as a function of both the level to which basic needs are met (as indicated by life expectancy), and the degree to which people are satisfied with this level (as indicated by life satisfaction). Objective and subjective dimensions of wellbeing are both important. Together, these two wellbeing indicators suggest that the 2005–2015 period was a difficult time for many people (as indicated by declines in life satisfaction), but it was not so difficult that the provision of basic needs broke down at a society-wide level (as indicated by the lack of effect on life expectancy). We were surprised to find how similar the wellbeing–carbon relationships were to the wellbeing–income relationships — a finding that shows how dependent we still are on fossil fuels. Of course, individual countries do vary in how these indicators have changed over time (with the exception of life expectancy which increases steadily in all countries). A better understanding of this variation may help guide policy proposals for degrowth. To help inform further research (and action!), we have created a page on our interactive website where you can see and compare our findings country-by-country and over time with respect to happiness, health, income, and carbon footprint. The past decade shows that our growth-based economies are ill-suited to improving wellbeing in a climate-constrained world. Consumption growth undermines climate stability and brings no obvious improvement in wellbeing. At the same time, a dramatic decline in consumption is needed for climate stability, but it carries with it real challenges to maintaining human wellbeing.  If the 2 °C target is to be met, then we must find ways to move beyond materialism, and make happiness less sensitive to declining consumption. 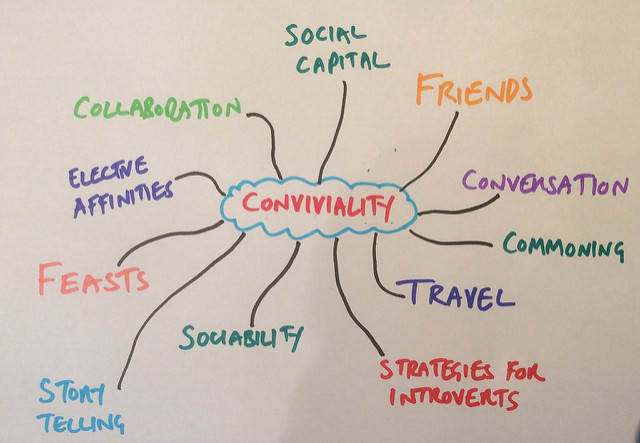 Cooperide - the privilege of time or the performance of change

Collaborative creation written down by Constanza Hepp Powered by hardcore conviction, Cooperide is a bloc that will travel from Copenhagen to Paris for COP21, starting November 14. A total of 1400 kilometres in 22 days. And we will do it by bike. Why bike? Simple answer: biking is an autonomous means of transportation free of direct CO2 emissions. It is good for the body and soul, it makes us ...