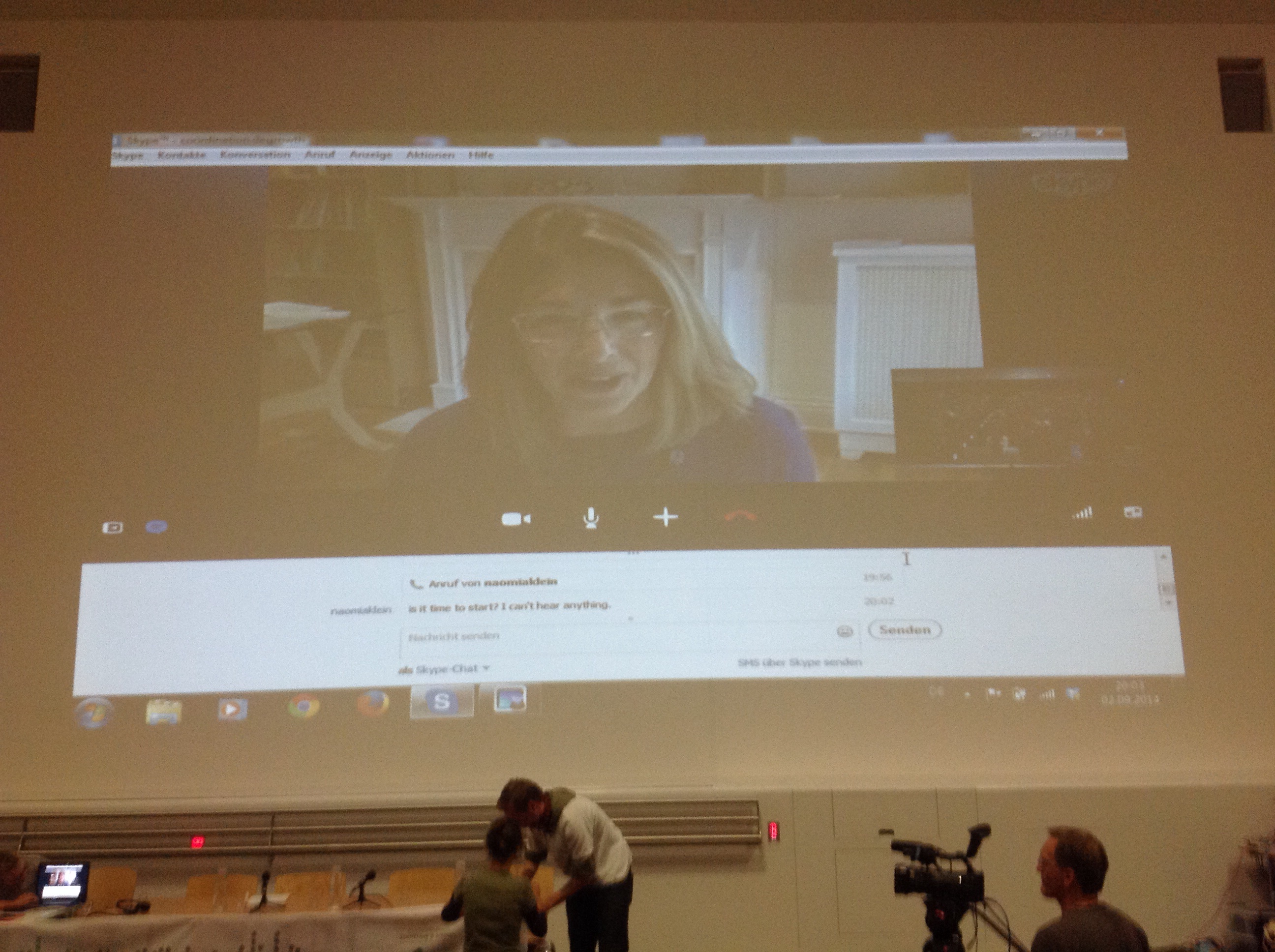 Alberto Acosta, economist and father of the Ecuadorian constitution, made very clear in his opening speech, that it is not enough to simply do away with the growth paradigm if we miss to build up a different world altogether.

On the example of a news article on the possibility of an economic recession in Germany and the devastating impacts this would have on other European contries, he pointed out that it is impossible to have a growth-economy without having actual growth.  He called on the more than 3000 people gathered in Leipzig at the conferece to establish connections between the global North and South which he sees as the two sides of the same coin: People here and there are concerned about the same issues, and so their different perspectives belong together in the struggle to create global change.

He added that commercialization of nature has increased tremendously together with the "green economy" or "green growth, which did not only lead to environmental, but also to social limits. The efforts in the global South to follow the Western development model and foster growth at any expense, led to increased poverty in many places, to the destruction of communities, the rise of new inequalities, and new resource extractivism alongside capitalism and the growth paradigm. Referring to the carbon footprint of the wealthy countries which is much higher than the world can sustain, he described the current global situation as a "systematic failure of civilization".

The numbers he quoted - 85 individual people holding more private assets than 1,75 billions of the poor - are the best evidence that the world  is in dire need for alternative models - and that degrowth has to go hand in hand with putting an end to extractivism. He asked whether we will really have to destroy our planet before we manage to turn our economy around and implement new economic models based on the needs and limits of societies. We shouldn´t tolerate poverty and hunger, as we are already producing enough food and could theoretically even feed 11 billion people which is merely a matter of distribution.

He mentioned the Latin American example of "Buen Vivir" and emphasized that humans are living organisms and parts of nature who should move away from anthropocentric thinking and start recognizing nature in its own rights. He called for a short-term, a medium-term and a long-term vision, going along with concrete steps in a democratic, bottom-up movement based on community-driven solutions.

Radical changes are the only possible option

Along similar lines, Naomi Klein underlined in her video-address from Canada that keeping up the status quo cannot be an option and that radical changes are the only option left.  She added that climate change will change everything we know about our physical world unless we manage to make radical changes ourselves. Accordingly, her new book is called "This changes everything - Capitalism versus the Climate", which provocingly expresses her perception that everything is easier than imagining to change capitalism.

She made clear that, when it comes to addressing the climate crisis, we as humans have failed catastrophically, not in theory, but in practice, given that the first climate negotiations started in 1990 and emissions have gone up by 61 percent since then, which brings us on a path towards a four to six degree-rise.

She sees the establishment of the global free-trade-regime in parallel to the climate negotiations as one of the main reasons for the failure to address climate change, as well as the denial of the governments in the global North to take on their responsibility for having caused it and their ignorance towards supporting its victims.

Climate change is an immense chance for change

She said that, in order to prevent this dramatic climate change from happening, we will have to lower emissions by 8-10% percent every year, which can never be compatible with any type of economic growth. Similar to Alberto Acosta, she made clear that there will be no other solution than a differenct type of economy - if we don´t want depression. An economy, which expands in the quality of how we treat and take care of each other - and contracts in how we exploit resources. Despite all challenges however, she concluded with a very optimistic message, as she sees climate change as an immense chance for us as humans to create real change from below. 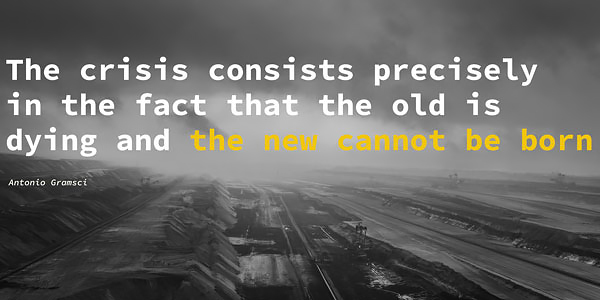 While the limits and failures of our current economic and political system are known and repetitively pointed out by degrowth research, we have a deficit in the area of strategic planning for transformative politics. What is missing are entry points for politicizing and changing social values, norms and institutions. To do this successfully, it is useful to detect how hegemonic values are embed...

Geoengineering from a degrowth and climate justice perspective 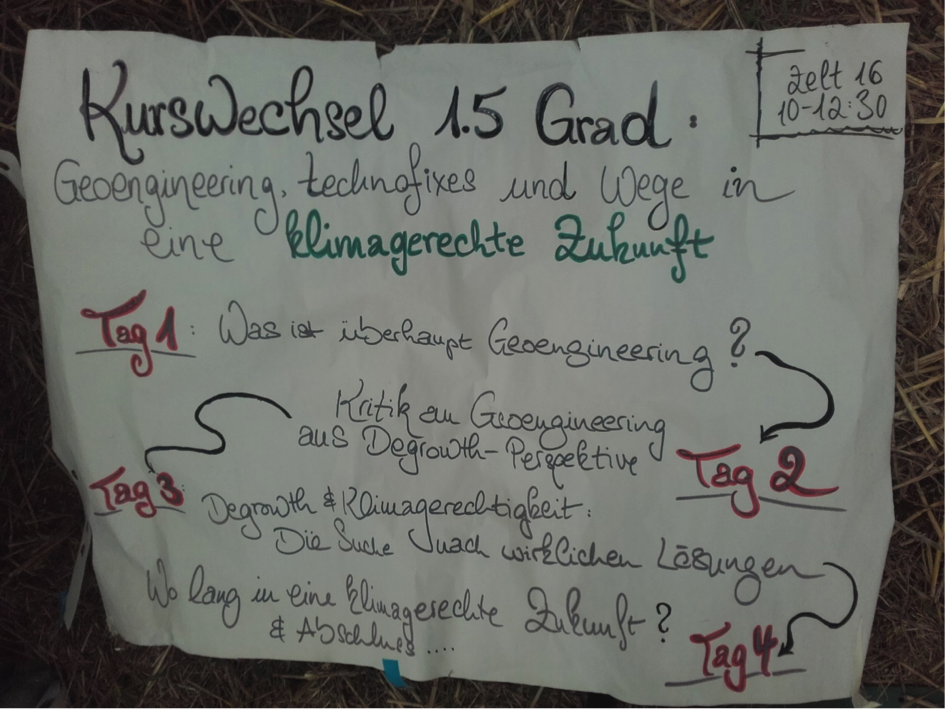 The Degrowth Summer School 2015 took place at the climate camp in the Rhineland. The Rhineland is one of the biggest lignite mining regions, the biggest source of CO2 in Europe. To protest against climate-damaging industry and resource extraction, different movements which have a lot in common and share ambitions get together and work on alternatives and a social transformation. A video by Raut...