Degrowth & the Climate Crisis – from a Climate Justice Perspective

There is an increasing consensus on the need and urgency to tackle climate change and its consequences. This consensus is reinforced by the human and environmental disasters (tragedies) that occur every year due to extreme climate events, such as the typhoons of growing intensity including Haiyan(2013) in the Philippines or the hurricanes that devastate Central America.

Despite this consensus, differences arise as soon as we start to discuss the causes and ways forward to solve the climate crisis. From a climate justice perspective, which is more than a technical approach, we are facing a political and paradigm-related dilemma. From this perspective, we focus on the root causes of the climate crisis from where we propose real solutions while rejecting and demanding an end to false solutions.

According to the 5th report of the Intergovernmental Panel on Climate Change published in 2014, expanding economic growth as well as the coal industry are the major drivers of the climate crisis.

The Report identifies a parallel increase in economic growth and, as a consequence, in emissions: “Anthropogenic greenhouse gas emissions have increased since the pre-industrial era, driven largely by economic and population growth, and are now higher than ever (…) Their effects, together with those of other anthropogenic drivers, have been detected throughout the climate system and are extremely likely to have been the dominant cause of the observed warming since the mid-20th century”1

Besides the economic and populations growth factors, the report also focuses on coal extraction and its use as one of the major drivers of the climate crisis. Further it says: “Globally, economic and population growth continued to be the most important drivers of increases in CO2 emissions from fossil fuel combustion. The contribution of population growth between 2000 and 2010 remained roughly identical to the previous three decades, while the contribution of economic growth has risen sharply. Increased use of coal has reversed the long-standing trend of gradual decarbonization (i.e., reducing the carbon intensity of energy) of the world’s energy supply (high confidence)”2 .

Coal, the global trade regime and social and environmental conflicts – experience from Colombia

Let us consider a case study to develop this idea further – the case of coal extraction in La Guajira, in the north of Colombia. One of the biggest coal mines in the world – it is called “El Cerrejon Mining corporation", is jointly owned by a consortium of three companies: Anglo American, BHP Bilington and Glencore. 100% of the extracted coal is exported to EU, Asia, North and South America in order to satisfy the energy needs of these continents. The coal exported from Colombia provides power mainly for industrial production as well as household use around the world, but especially the EU3. By exporting new goods to other regions, including South America, the industrial production model that is based on competitive economic growth has become globalised, thereby generating yet additional Green House Gas (GHG) emissions. In other words, the global trade regime fuels the extraction and use of coal and, from a Climate Justice perspective, constitutes one of the main causes for the emissions increase and, in consequence, for the current climate crisis.

If we look into the conditions in which the “El Cerrejon” coal mine operates4, it is possible to conclude that, after more than 30 years of coal exploitation in La Guajira, the corporations operating there have left behind impoverishment, land destruction, water and air pollution. Despite the promises of development and El Cerrejon’s image as “responsible mining”, the social and environmental conflicts are increasing every day. Indigenous peoples, Afro-Colombian communities and peasants have denounced displacement, land and water grabbing and dispossession which caused disruption and loss of cultural traditions, health problems and the destruction of livelihoods. Not to mention the loss of community sovereignty over their territories, violations of the basic rights to health, water, a healthy environment, and the right to life itself5. The imbalance between these social-environmental conflicts and the destruction in the region on one hand, and the company's profits for exporting 33,5 millions tons of coal in 2013 alone to industrialized countries on the other hand, makes evident that there is a social and climate debt acquired with the communities in the region

As indicated earlier, El Cerrejon presents itself as a responsible mining operation and committed to environmental protection6. It has set up four foundations that develop its corporate social responsibility strategy and is one of the main partners of the UN Global Compact in Colombia. Among its projects, the company includes a strategy to count GHG emissions without substantial reduction. Supported by the Inter-American Development Bank (IDB), it has proposed to create a wind park in Indigenous territories. Together with the NGOs "The Nature Conservancy (TNC)" and "World Wide Fund for Nature (WWF)" it is developing an inventory of species in order to promote an Ecosystem Services Payment scheme. This shows how corporations, by pricing and financializing nature and territories, not only ignore addressing climate change causes, but also develop additional business opportunities which are presented as climate solutions. From a climate justice perspective, these are false solutions.

On the basis of the correlations described here, it is important to make explicit that the main actors in the extraction and trading of coal - and therefore the climate crisis itself - are the corporations: in this case the “El Cerrejon” Mining Corporation, owned by three transnational corporations. While presented as foreign investment in Colombia and promoting development, these corporations obtain tax concessions and huge profits from their activities and, at the same time, lobby at national and international level to avoid and block any real measure to tackle the climate crisis. This mode of operations can be applied to other extractive corporations too, who daily contribute to the steep rise in emissions. In this sense, corporate economic and political power is responsible for the social, economic, environment and the climate crisis, while State actors have been complicit and fail to develop policies that address the real causes of the crisis. In fact, it is possible to say that many States and international institutions are captured by corporations and corporate interests.

We have used the case of coal as an example related to one of the main energy sources used in the world to develop different elements of the climate justice perspective. However, the issue is not very different when we talk about oil or gas and might be even worse when talking about “new” sources of energy (such as biomass or shale gas). The main problem is the continued and increasing demand of energy to satisfy production and consumption patterns in the Global North. It is, in sum, the economic system based on exploitation, extraction, industrial production and expanded consumption. The capitalist model itself is the main cause of the current climate crisis. In this way, the solution lies in a fundamental change of the system, based on new non-exploitative ways of relating between humans and nature. Harmonius relations with nature, but also just relations within society, are key to change the anthropocentric paradigm that has put humans and growth at the centre of society. ------------------------------

In this short interview, Lyda Fernanda Forero explains the concept of climate justice from the perspective of the Global South: 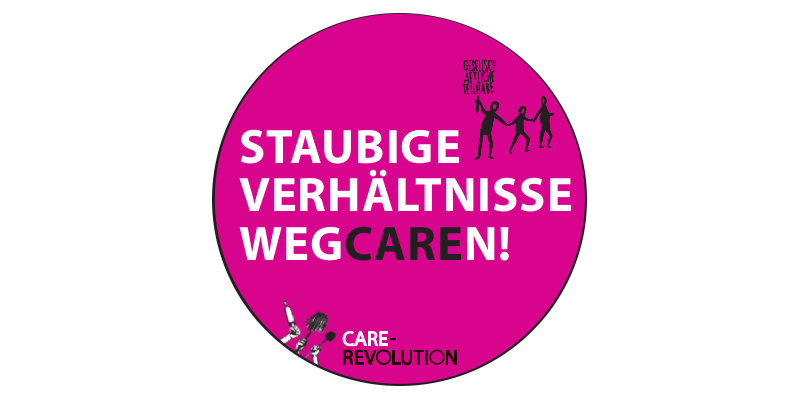