In Rojava (Northern Syria), in the midst of a raging war, a society based on the values of women's liberation, radical democracy, and ecology is being built. In early 2018, we, people from across the world, launched the campaign 'Make Rojava Green Again' in co-operation with the newly-established local autonomies to help find solutions to the vast destruction of nature that has resulted from decades of colonialism, capitalism, and war. In 2011, in the context of the Arab spring, a civil war began in Syria, pitting various armed groups against the Bashar al-Assad regime. Rapidly, a Kurdish-majority coalition led by the Democratic Union Party (PYD) as well as other Kurdish, Arab, Syrian, Assyrian and Turkmen parties and groups established an autonomous region in northern Syria: Rojava. After the creation of a new constitution, the Democratic Federation of North Syria was finally established in 2016. International attention to Rojava increased exponentially in the following years, largely because of the crucial role played by the People’s Defense Units (YPG) and Women’s Defense Units (YPJ) in the fight against Daesh’s fascist militias on the ground. Indeed, it was the heroic fight of the YPG/YPJ (with air support from the international coalition) which, meter by meter, city by city, made it possible to put an end to the Daesh regime of terror in Syria and Iraq in early 2019. However, few Western media outlets have taken an interest in the formidable revolutionary project that is currently developing in Rojava. Since 2012, a new form of self-administered society free from a centralized state, based on the values of women’s liberation, democracy and ecology has been built there. Founded on the ideology of the Kurdish liberation movement and the writings of their leader Abdullah Öcalan, this practical example of a society with socialist foundations is a source of inspiration and hope for all left-wing movements. More than that, Rojava shows that another society is possible!

The Internationalist Commune of Rojava

The Rojava Internationalist Commune was founded in 2017 by internationalists from all over the world, supported by the Rojava Youth Movement (YCR/YJC). The aim of this structure is to share knowledge, skills and experience through an internationalist perspective, as well as to support projects and the revolution in Rojava. The Commune also serves to facilitate the integration of foreign activists into society and one of the first steps was the construction of the first internationalist academy (named after British YPJ volunteer Şehid Helîn Qereçox). Since then, many internationalists have taken part in training courses in order to later join various works and projects with the civilian population of Rojava. Built as a collective living project with an ecological focus, the Internationalist Commune also intends to be an academy to train internationalists and the people of Rojava in environmental awareness and practice. It serves as a kind of laboratory for building an ecological society. Finally, the Internationalist Commune launched the ‘Make Rojava Green Again’ campaign in cooperation with the ecological committee of the canton of Cizirê (one of the three regions of Rojava: Cizirê, Kobane and Afrin). The campaign aims to find solutions to the ecological problems facing the revolution, such as water scarcity, desertification and dependence on oil production.

At the beginning, the ‘Make Rojava Green Again’ campaign was the project of a few foreign activists. Today, it has spread around the world and has multiple local branches in different countries, as for example in England, Germany, Switzerland, Spain, Italy and other countries. Its goals have also evolved and broadened with time but three main goals have guided the campaign from the beginning. The first goal was to build the Internationalist Academy of Rojava guided by an ecological ethos, to serve as a working example for similar projects and to develop ideas for the entire society. Building such a project is of course a long term process, and it is still ongoing. But the different buildings of the academy are now finished and multiple education courses for internationalists have already taken place. The work with the population of Rojava focuses on strengthening environmental consciousness in order to be able to move towards an ecological society. The second aim of the campaign is to support the ecological projects of the Cizirê canton, focusing on reforestation and building up a cooperative tree nursery as part of the Internationalist Academy. At the start of our campaign tree nurseries were barely existing in Rojava, but later on multiple nurseries were created in cities around us, and ours was not needed anymore. However, we continue to support financially and practically the restoration of the Hayaka nature reserve, which is one of the last natural areas left in the region. The reforestation of this area is still in process today. The final goal is to attract material support for existing and future ecological projects of the Democratic self-administration, including sharing knowledge between activists, as well as scientists and experts, with committees and structures in Rojava, and developing a long-term perspective for an ecological Northern Syria Federation. In fact, Rojava is really lacking engineers of all sorts, so our aim is to contact and invite specialists from all over the world to come and help us build this ecological society. We are now working in cooperation with different cities – such as Derik and Kobane – on different topics including greening the cities with trees or focusing on recycling projects. At the Academy, we also planted hundreds of trees and we are currently working on a pilot greywater and blackwater management system.

As described above, a big part of our campaign is to support projects in Rojava financially or practically in the spirit of solidarity and internationalism. But our work doesn’t stop there: we also intend to spread the ideology of the revolution beyond Rojava. Ecology – together with democratic confederalism and women’s liberation – is an essential pillar of the Rojava revolution. As we present in our book “Make Rojava Green Again”, which was published this year in multiple languages, we believe that people who are alienated from nature are alienated from themselves and are therefore self-destructive. Our aim is to create a “renewed, conscious and enlightened unification towards a natural, organic society” (Abdullah Öcalan).  What is happening in Rojava is about more than just protecting nature by limiting damage to it; it is about reestablishing the balance between people and nature. To achieve this goal, we base our work on the principles of ‘social ecology’, a theory developed by the American social theorist Murray Bookchin and further developed by Abdullah Öcalan. Its core argument is that capitalist modernity causes environmental destruction and ecological crises and that it goes hand in hand with oppression and exploitation of people. Furthermore, the feckless mentality of maximum profit has brought our planet close to the edge of the abyss, and left humanity in a whirlwind of war, hunger, and social crisis. To overcome these crises of capitalism, social ecology calls for the creation of a political and moral society where humanity renews its link to nature by seeing itself once more as being part of nature rather than separate from it. The reconciliation between humanity and nature starts by ending the oppression, exploitation and domination of humans over nature: we have to stop seeing nature as an inanimate and infinite resource. To summarize our approach with the words of Murray Bookchin:

Social ecology advances a message that calls not only for a society free of hierarchy and hierarchical sensibilities, but for an ethics that places humanity in the natural world as an agent for rendering evolution – social and natural – fully self-conscious and as free as possible.

We believe that a change is happening today worldwide and that a free ecological society is possible. Here in Rojava, we are working towards overcoming unavoidable contradictions and a new democratic, feminist and ecological society is being built. Let’s spread its ideology far and wide so it can benefit humanity everywhere! To find out more on how you can help us in our objectives, visit the website here. An earlier version of this post was published on Climate&Capitalism. 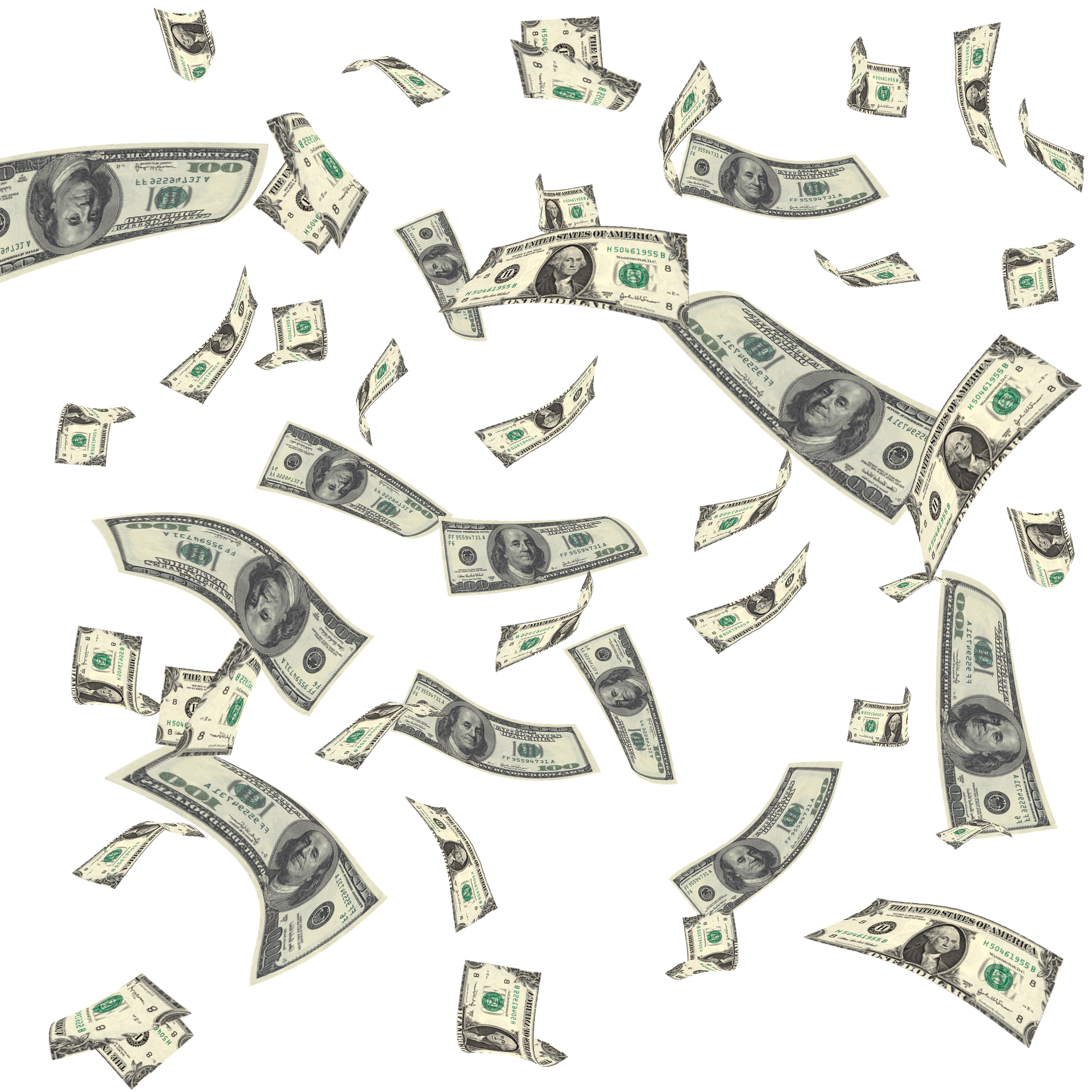 Gathering degrowth in the American pluriverse 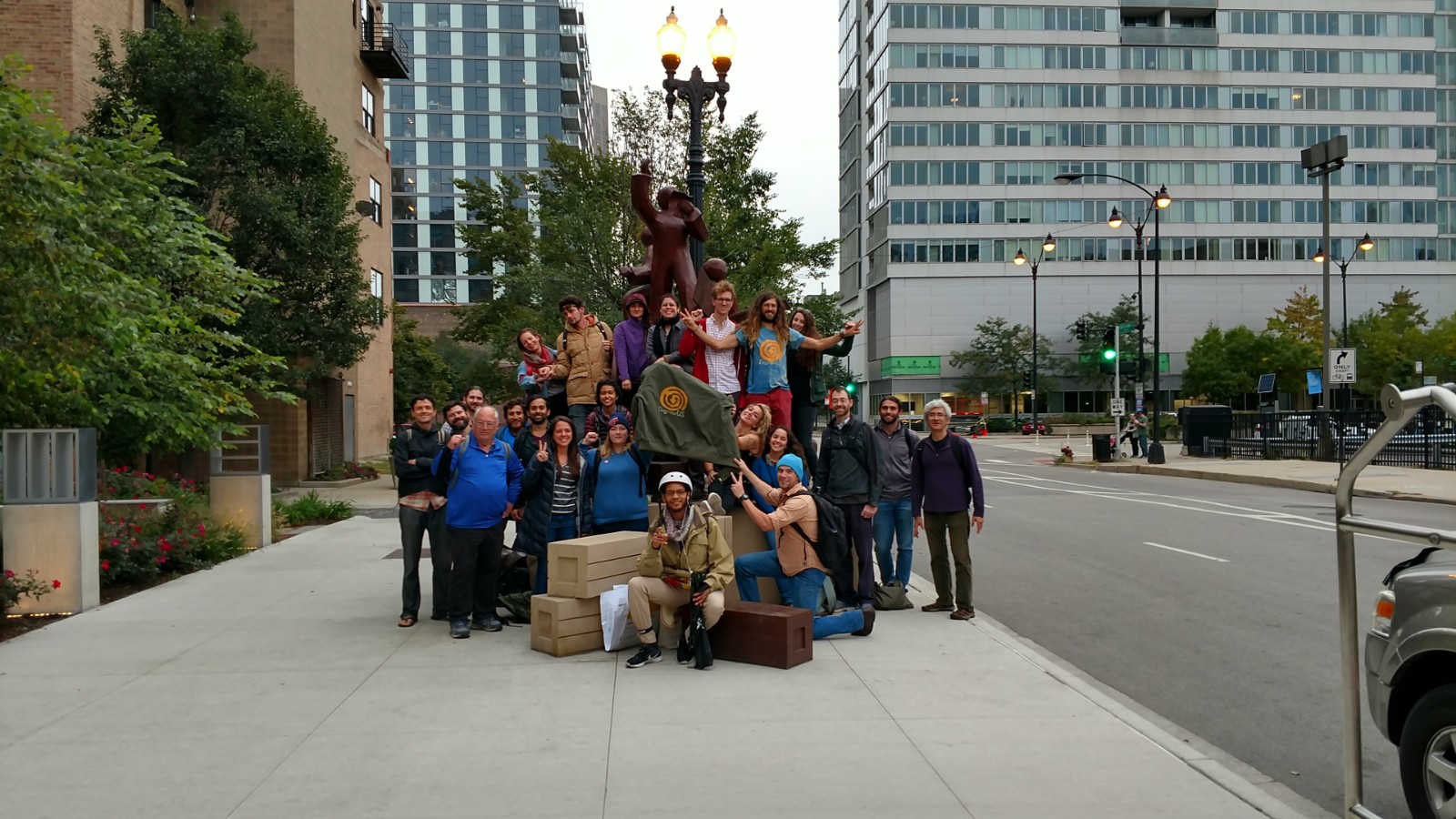 “When you told your friends and family you were going to a degrowth gathering, they asked, ‘What is degrowth?’ How did you respond?” The 2018 degrowUS gathering from September 28-30 2018 in Chicago began with this question. The first day’s thirty-odd attendees wrote their responses on sticky notes as they scraped the last bites of lunch off the dishes the event’s organizers had told them to ...