Undoing the Ideology of Growth: Hegemony, Path Dependencies and Power in the History of the Growth Paradigm

Degrowth aims at undoing growth. Undoing growth both at the level of social structures and social imaginaries. Although the focus is very often on the latter, i.e. the “decolonization of imaginaries” as put by Serge Latouche, the degrowth perspective still seems to lack a comprehensive understanding of the role of ideology, the path dependencies and the power that shape these imaginations. Degrowth and related transition ideas sometimes appear as a rather naïvely idealistic perspectives, in which “we” simply have to understand, reflect and overcome our “mental infrastructures” and our personal addictions to consumerism and material expansion. This, the powerful narrative goes, will enable us to change our ways of seeing the world, to change our personal behaviour, and thus to overcome societies´ dependence on fossil capitalism and economic expansion.

My recently published book The Hegemony of Growth. The OECD and the Making of the Growth Paradigm is an attempt to give more historical and social depth to our understanding of what the undoing of growth would actually entail. Without falling in the opposite trap of entirely disregarding the role of knowledge and collective imaginaries in favor of economic and social structures, I propose to understand the growth paradigm as a historically constructed and powerfully hegemonic ideology. What do I mean by this and what are the key arguments of the book?

Economic growth has become and largely remains what scholars from various fields, including renowned historians, have described as a “fetish” (John R. McNeill) or “obsession” (Barry Eichengreen, Elmar Altvater), an “ideology” (Alan Milward, Charles S. Maier), a “social imaginary” (Cornelius Castoriadis, Serge Latouche), or an “axiomatic necessity” (Nicholas Georgescu-Roegen). However, while growth is at the center of both public and academic debates, the question of how economic growth actually attained its status as an overarching priority in the first place has not received much attention by historians, nor by researchers in other disciplines. Even more striking is the absence of any historical perspective in the various current efforts to overcome the focus on growth. Both the search for new statistical measures “Beyond GDP” and the lively debates about political alternatives to the growth fetish – postgrowth or degrowth – are fundamentally a-historical in that they largely ignore and underestimate the long-term historical roots, path dependencies, and power relations of statistical standards and the growth paradigm more generally.

Why focus on history and the OECD?

I took up this challenge by asking the simple question: How did economic growth come to be almost universally seen as a self-evident goal of economic policy-making and how was this constantly reproduced in changing circumstances? In order to answer this question in a transnational context and grounded in historical and institutional developments, I focused on the emergence and evolution of knowledge about economic growth within the OECD and its predecessor, the Organization for European Economic Co-operation (OEEC), one of the least researched international organizations. I researched the archives of this organization and of some of its key member countries, read texts by key protagonists on growth theory, growth debates and the critique of economic growth, and discussed my arguments with colleagues and fellow activists. Digging deep into history and analyzing growth-thinking at the transnational level and the interface of academia, national bureaucracies, and international organizations reveals the complex and contested history and politics behind the emergence, functioning, and evolution of what I describe as the “economic growth paradigm.”

The resulting book is both profoundly historical – retelling in detail the making and remaking of the growth paradigm in the second half of the twentieth century – and topical for current discussions around inequality, climate change and the end of growth. It argues that the pursuit of economic growth is not a self-evident goal of industrialized countries’ policies, but rather the result of a very specific ensemble of discourses, economic theory, and statistical standards that came to dominate policy-making in industrialized countries under certain social and historical conditions in the second half of the twentieth century. Thus, I aim at analyzing the idea of economic growth in its historical genesis in a similar way as this has been done with regard to the idea of “development” by cultural anthropologists of the so-called Post-Development school, focusing on the close nexus of power and knowledge. It rests on the thesis that the exceptional position of economic growth as a core policy goal is based on the hegemony of the growth paradigm and cannot be adequately understood without taking into account the complex structure and historical evolution of this paradigm.

The growth paradigm in the history of capitalism

The making of this core feature of the religion of capitalism has to be situated within longer-term developments that reach back to the onset of intensified capitalist industrialization in the early eighteenth century or even further, to colonial expansions. At that time, a secularized conception of economic progress and a first generation of classical growth theories emerged which, however, fell into oblivion with the rise of econometrics and neoclassical economics in the later nineteenth century. Building on statistical developments in the early twentieth century, it was only in the context of the Great Depression that a renewed interest in macroeconomic questions gave rise to the modern conception of “the economy” and to interventionist economic policies geared toward stability and employment. Yet it was not before the late 1940s and early 1950s that in the context of World War II, European reconstruction and Cold War competition, economic expansion became a key policy goal throughout the world.

The growth paradigm emerged as part of what has been called “high modernism,” a system of beliefs and practices aimed at increasing the power of the state in line with what was believed to be scientific ideas in order to reshape societies by maximizing production to improve the human lot. Four unquestioned allegations were specifically relevant in reinforcing the hegemony of growth and collectively rationalized, universalized, and naturalized the growth paradigm. These assumed that GDP, with all its inscribed reductions, assumptions, and exclusions, adequately measures economic activity; that growth is a panacea for a multitude of (often changing) socioeconomic challenges; that growth is essentially unlimited, provided the correct governmental and inter-governmental policies were pursued; and that GDP-growth is practically the same as or a necessary means to achieve essential societal goals such as progress, well-being, or national power.

Growth as ideology – an “imaginary resolution of real contradictions”

The growth paradigm became hegemonic in the sense of justifying and sustaining a particular perspective – the allegations mentioned above – and the underlying social and power relations as natural, inevitable, and timeless. Growth came to be presented as the common good, thus justifying the particular interests of those who benefited most from the expansion of market transactions as beneficial for all. The hegemony of growth depoliticized key societal debates about what societies value, how they interpret their current position historically and within the globalized economy, and how they conceptualize the good life and future developments. Growth turned difficult political conflicts over distribution and the goals of policy-making into technical, non-political management questions of how to collectively increase the economic output of the nation state. By transforming class and other social antagonisms into apparent win-win situations, it provided what could be called an “imaginary resolution of real contradictions” (Terry Eeagleton).

Economic growth and the superiority of economists

Moreover, by transforming contested and changing societal goals into technical economic problems, growth discourses have deeply colonized our imaginaries: they not only reinforced the dominance of economic thinking and arguments by turning political or social questions into economic problems (what could be called “economism”), but they also strengthened the privileged positions of economic technocrats within modern societies and underpinned the primacy of the economy over politics. Growthmanship was mutually reinforced along with the increasing importance of economic knowledge production as a key justificatory basis for policy-making within the modern state. The economists' ability to measure, model, and steer growth made them increasingly indispensable for managing modern societies based on growth and thus reinforced the “superiority of economists” just as the expansion of economic approaches also strengthened the growth paradigm. Even though the mid-twentieth century saw the proliferation of growing armies of experts, ranging from international relations theorists to demographers, anthropologists, sociologists to agronomists, economists were the only ones who managed to claim the mastery over what had become a fetish throughout the world: economic growth.

These arguments – and others – are weaved into the various case studies discussed in the chapters of the book. These focus on issues such as the international standardization of national income accounting, the transnational harmonization of growth policies, the development of  growth into a universal yardstick, the replication of growth policies in the context of decolonization and the ‘development of others,’ the OECD-Club of Rome nexus, the birth of environmental politics and social indicators, as well as the more recent turn to neoliberal growthmanship.

To conclude, overcoming the ideology of growth – or what’s recently been called the “growthocene” – demands a thorough understanding of what we are up against. The degrowth movement set out to dismantle a paradigm that has deep historical roots and is embedded in and thus supported by powerful institutions and structures such as the nation state, capitalism, established understandings of “the economy”, or the power of economists in societies. Most importantly, however, growth has arguably become one of the key justificatory ideologies of capitalism. Not only large scale inequalities – as recently publicized by Thomas Piketty – and the divergence of uneven development between rich and poor nations are justified as of a temporary nature, to be overcome by more growth in the future, but similarly societal cleavages along the lines of class, race and gender. With climate change, resource limits, and secular stagnation, this make-believe “resolution of real contradictions” reveals itself as clearly “imaginary.” Consequently, in order to dismantle the hegemony of growth, degrowth has to develop a profound and critical understanding of the real societal contradictions, hierarchies and power dynamics shaping capitalism and transform them in new ways.

How degrowth relates to other movements

There is a wide range of emancipatory alternatives working towards a social-ecological transformation. It is more important than ever to underline this. From Brexit, to the AfD (Alternative für Deutschland) in Germany, to Trump —the current political turmoil is a clear sign of the discontent that exists with the prevailing system, and that expresses itself through a societal shift towards t...

On the entirety of degrowth: definitions, meanings and proposals 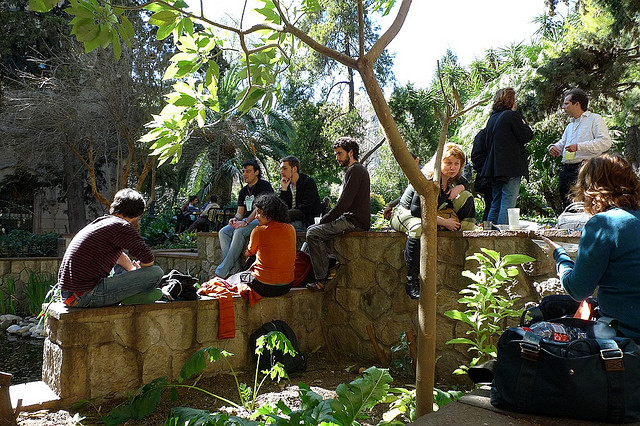 By Filka Sekulova and Francois Schneider One might say that the term degrowth provides few new insights. At first sight the concept seems identical with the calls of the Radical Ecology Movement from the Seventies, supplanted by the Meadows report to the Club of Rome on &lsquo;The limits to growth&rsquo;. Yet, unlike terms such as [...]

No good life in a bad life? – Experiences of degrowth-oriented actors in a growth economy 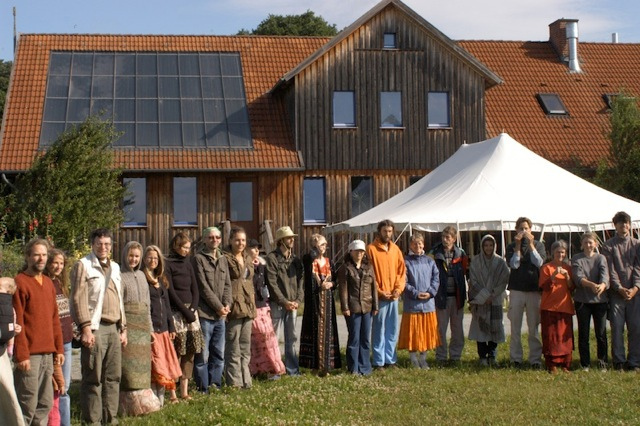 By Jasmin Wiefek and Bernd Sommer &ldquo;Wrong life cannot be lived rightly&rdquo;: This famous dictum by Theodor W. Adorno1 highlights the difficulty of finding a way to individually pursue a good life in a world that is characterised by inequality, exploitation and various forms of domination. However, this question has so far mainly been dealt with [...]