After Growth: A Symposium on Post-Capitalist Imaginaries 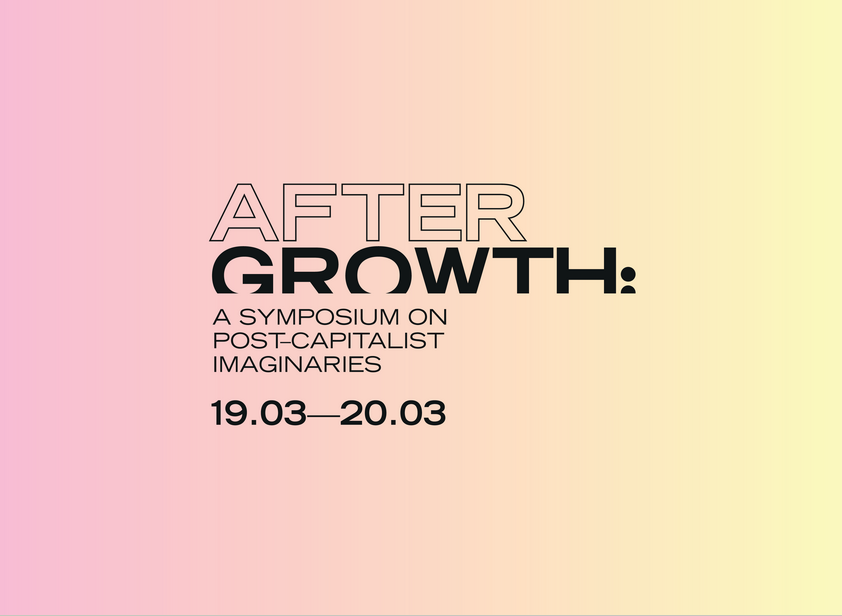 After Growth is a symposium, a gathering of bodies and minds, but it is also an invitation to construct another future. At its core is the belief that prosperity does not depend on economic growth, and that – in the face of ongoing climate catastrophe – there is an urgent need to find new ways of living within planetary boundaries.

The concept of ‘degrowth’ emerges from the confluence of activism, ecology and economics, though it also sits within a larger cultural field of creative and artistic practice. Rather than producing blueprints of utopian visions, many of the contributors to this symposium work towards the creation of spaces where post-capitalist forms of life can be incubated.

Taking place both online and in-person, After Growth assembles a diverse array of visions, organisations and initiatives. Together, they will speculate on the possibility of life after growth, placing these at the heart of a city with increasingly green ambitions.

Sun 20 March, 11am - 6pm, The Space at Nottingham Contemporary

The details of the programme will be announced soon.