Embodying degrowth and turning the movement inside out

The mandala is an age-old symbol of wholeness. This 'mycelium mandala ' represents the vegetative part of a fungus. Mycelia are known for being full of life, connecting a rapidly developing underground system. They play a crucial role in the decomposition of old forms of life, making nutrients available again for new living entities. It's a wonderful emblem for degrowth, a social movement that ranges from the soil to the soul.

Growthism is central to capitalist modernity. Growthism is not only destroying the planet, but it is also making us sick. Many of us live in the ‘burnout society’, a society boosted by fossil fuels that alienates us from each other and from deeper connections with ‘nature’ and the cosmos. Many of us have also unconsciously internalized this ideology of growth that tells us that ‘more is better’. We are shaped by capitalist institutions like waged labour and industrial schooling which subvert our desires and make us ‘achievement subjects’.

But growthism is not restricted to the business sector. It is also deeply entrenched in places like the academia, with its growthist metrics like impact factors, publication pressures and funding competitions. Many of us have had no choice but to follow the growth imperative. But this is not the only story. We seek to recognize and amplify practices based on post-growth values to organize societies in a different way, learning from psychoanalysts, philosophers, activists, people of faith, healers, anthropologists of science, abolitionists, among others.

From transition to transformation

The language of a ‘degrowth transition’ is useful for mobilizing people and their collectives around policy objectives, but it retains an image of expert political actors who will ‘transition’ us from one state to another. We offer an alternative theory of change that aims for a ‘degrowth transformation’, or deeper shifts in ideology and daily practices. It will not be enough to solely focus on changing policies and institutions; it is essential to embody the transition and its deeper meanings in a personal way as well. By this, we mean that transformational ideas begin and are enacted through our bodies in their multiple layers and relationships to others.

Contemporary degrowth movements and authors have emphasized systems change by focusing mostly on changing production relations or reducing resource throughputs. We argue that for a degrowth transformation to flourish, dismantling those systems and regenerating alternatives also need intrapersonal, interpersonal and transpersonal work. Learning from transformative justice visionaries such as adrienne maree brown and Mia Herndon, we maintain that this biomimetic ‘emergent strategy’ is the foundation for radical politics to remain regenerative over time.

From talking to embodying

At some level, ‘embodying degrowth’ simply means to enact the change in our own daily practices and activities. There are many ways that we can integrate ‘caring commoning practices’ in our everyday lives, such as collectively stewarding essential needs like food, energy, housing, and care. Here, the embodiment of degrowth is a way of closing the temporality gap between longer-term visions of structural change and here-and-now prefigurative action. Important questions become: what do we want to embody on a daily basis and in our activism? Do we (unconsciously) embody a productivist mentality or do we (consciously) try to align our being and actions with the future we want to build? Does our activism focus on theoretical critiques and on state policies in a purely intellectual way, or do we seek to ‘walk the talk’ via daily embodied activities?

Feminist scholars long ago questioned the distinction between the political and the personal, pointing out that subjectivities are always also constructed by objective social structures and ideologies. The blurred boundaries between ‘subjectivity’ and ‘objectivity’ led the American philosopher of science Donna Haraway to develop a feminist epistemology that emphasizes the embodied, situated nature of all knowledge, as opposed to the ‘conquering gaze from nowhere’ of so-called objective science. Embodied and situated objectivity becomes a salutary antidote against the disembodied universalistic narratives of much of economics, especially when the latter promotes growthism and productivism as the royal road to happiness.

From curing to healing – hints along the way

At another level, to ‘embody degrowth’ means to heal multiple forms of alienation in order to allow broader and deeper changes to happen. Alienation refers here to the experience of being cut from our bodies, our souls, our ‘species-being’ (to use Marx’s term), as well as from others, ecologies and the more-than-human worlds.

The American ecopsychologist Theodore Roszak argued that personal, social and ecological healing always go together. He noted that the psychotherapist’s role should primarily be ‘that of raising questions about our [societal] standard of sanity’; this is an extremely important role, he added, ‘as much for what it might serve to downplay (careerist pressures, money, and status) as for what it might emphasize (our abiding need for wilderness, tranquillity, or animal companions)’. For him, both the therapists and the ecologists ‘offer us a common political agenda for the good of the planet, for the good of the person. It is simply stated: Scale down. Slow down. Democratize. Decentralize’ (ibid.). This, in a nutshell, is the degrowth project.

Returning to the body, we would like to remember the Austrian Marxist body therapist Wilhelm Reich (1897-1957) who linked the body and radical politics in ways that are still relevant today. He argued that true emancipation can only take place through bodily and politico-economic liberation because oppressive systems such as patriarchy and somatised trauma tend to foster each other. His work has parallels with Black feminist works and the Embodied Social Justice movement, which merges somatics with activism by exploring the intersection of oppression and embodiment.

Today, the German philosopher Hartmut Rosa echoes aspects of this tradition by placing the body at the centre of critical theory and in dialogue with degrowth. Rosa advanced the experience of ‘resonance’ as a de-alienated way of encountering the world, that is, people, things, nature and life as such. Resonance has a physical quality (‘vibes’) and engages the body, the heart and the mind. For him, the growth-addiction of capitalism hinders resonance by generating constant acceleration and chronic exhaustion. In contrast, degrowth values of slowness, conviviality and simplicity might facilitate and catalyse the flourishing of resonance.

The work of American author and activist Charles Eisenstein echoes Rosa’s efforts. By expounding the ways we are intimately interconnected, Eisenstein puts forward an alternate theory of change where small acts of kindness, courage and self-trust are able to shift culture’s underlying narrative away from a ‘worldview of separation’ towards what he calls ‘interbeing’. This emphasis on interdependence is a strand that runs throughout many practices and spiritual traditions, including, naming just one, Vietnamese monk and peace activist Thich Nhat Hanh’s engaged Buddhism.

Valuing the potential of everyday practices does not mean discrediting the importance of traditional collective action or even the transformative power of negative feelings such as anger or revolt. It means that we recognize that burned out and shell-shocked people often cannot change the world, and that ‘changing the world’ (and building new ones) happens also in the here and now. British psychoanalyst Sally Weintrobe brought up the importance of grieving in moving beyond cognitive dissonance and paralysis when facing the enormity of the current environmental and social crises. At the same time, embodying degrowth is not just about acknowledging and confronting our collective and individual pains – and what they tell us. It can also be – and is – about reencountering joy, celebration and fulfilment beyond the constrictive options of alienated work and alienated pleasure.

When proposing this, we do also recognize that certain parts of the psychological, emotional and spiritual wellbeing of communities have been co-opted by neoliberalism and the far right, and that ‘wellness’ spaces and practices are highly commodified. Being able to question growthism in our individual lives is also often seen as the luxurious privilege of the few. More than anything, these phenomena highlight the necessity of building radical alternatives which foster collective and welcoming spaces for healing and reconnecting.

The degrowth movement has both the potential and a mandate to go beyond a distributional and ecological critique of GDP growth, and to include a broader reflection on what constitutes an existentially meaningful mode of being interdependent with the planet. If anything, the objective of ‘outer’ degrowth carries within it an invitation for ‘inner’ regrowth of relationships.

A version of this text appeared in the DevISSues of November 2021 available here. The text condenses topics discussed in the ‘Embodying Degrowth’ thematic stream that our collective organized for the 8th International Degrowth Conference ‘Caring Communities for Radical Change’ in The Hague. 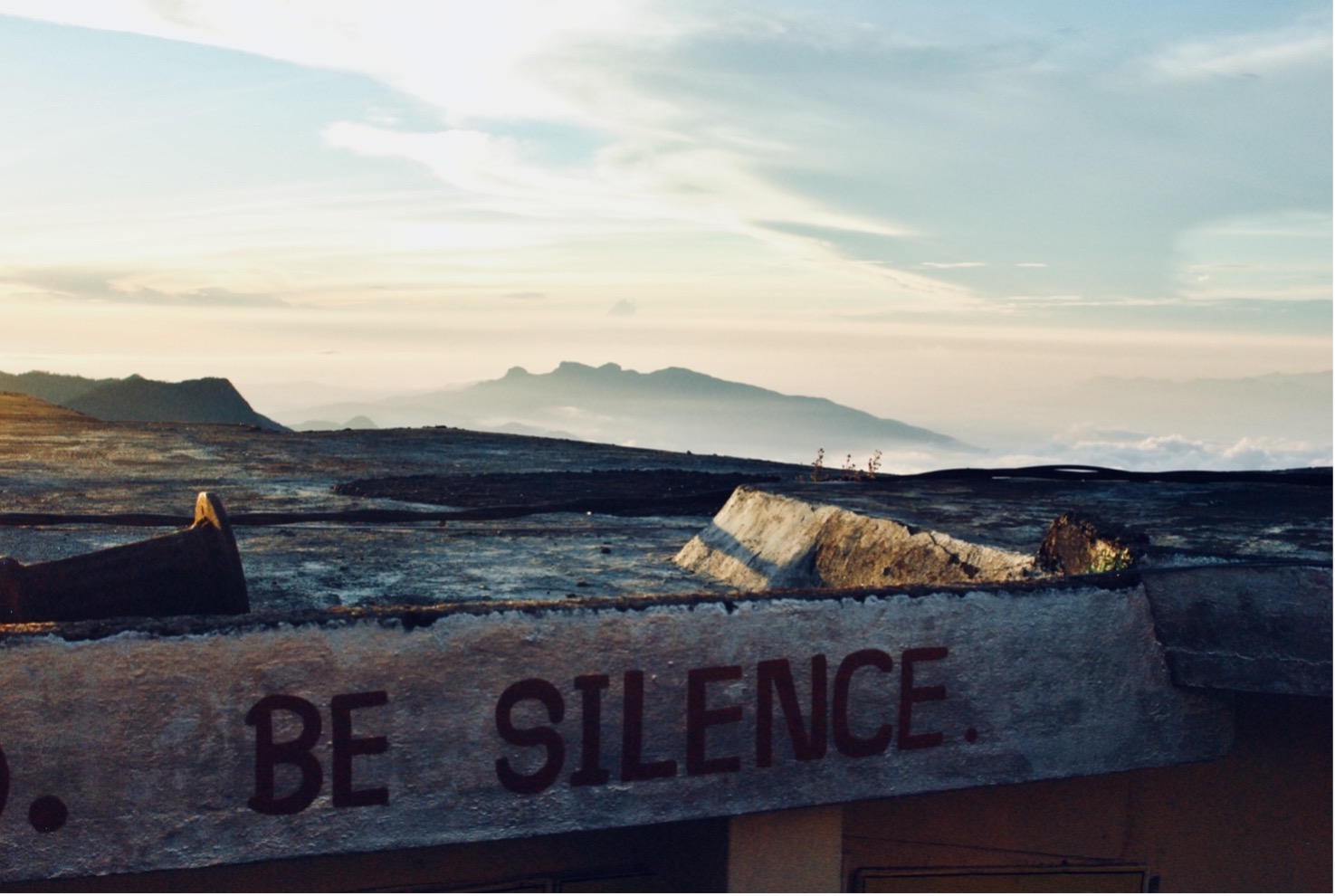 Redefining happiness and wellbeing to ensure a sustainable future.