With the "Islamic Declaration on Global Climate Change" published by the International Islamic Climate Change Symposium earlier this month, another world religion has expressed heavy concerns about the pursuit of relentless economic growth. Professor Odeh Al Jayyousi, one of the members of the Symposium, had attended our summer school on degrowth and climate justice right before the symposium and given the following lecture on Degrowth from an Islamic perspective:

Islam as a way of life is seen to provide remedies and insights to the national and global debate on growth and sustainability. Islam views the role of the individual as a value- and knowledge creator, a steward, witness, and a reformer who strives to contribute to progress and good life (Hayat Tayebah). To be able to achieve this, we must develop new development models that are informed by both culture and ecology. Social equity, good governance, participation, degrowth, conservation and protection are key principles in natural resources  management in Islam. Islamic development model argues for achieving prosperity without increasing the ecological footprints. Paradoxically, the wealth in the Gulf countries in the Middle East generated from oil in the early of the 20th century was coupled with a modernization model that acclerated overconsuption and waste production.

To be a Muslim implies that one has to believe in all prophets including Abraham, Moses and Jusus since all are one continuum. The “unity” (or Tawhid in Arabic) means a unified mission of humanity to protect the Earth or construction of the Earth (Emartu Al ard). The process of construction (or re-construction) entails a set of shifts in the following domains:

"The environmental crisis is a failure of human trusteeship"

Islam views humans as unique in creation.  All of creation is considered to be in submission to God’s will, whereas human beings have the unique attribute of being able to stand aside and choose to deviate away from what God is said to have prescribed for them.  This power to disobey, coupled with the fact that humans exist within the rest of creation, means that human beings are being trusted to behave responsibly.  This responsibility is one that is regarded as being so overwhelming and the Human took this trusteeship (amanah).

In Islam, it is argued that the environmental crisis is a failure of the trusteeship, viewing the natural world as a barometer whose reading indicates how well a society has fulfilled its responsibility given to it by God.  The notion of oneness of God (tawhid) is fundamental to Islam. The centrality of it to the faith is evident simply by the fact that the first part of the very first pillar of Islam makes the statement that “there is no God, but God”.

Ultimately the path to God-consciousness is thus a path along which one lives one’s life in a state of increasing awareness of this oneness, understanding better ones place in the wider creation, and fulfilling ones role as khalifa or guardian of the earth, with greater ease. Islam as a worldview contributes to new discourses in explaining the root causes and possible remedies of climate change. The Islamic views on climate change cover three domains which include: Green activism (Jihad), Green innovation (Ijtihad) and Green life style (Zohd). I refer to this as a Green JIZ model which represents an Islamic response to climate change and embodies degrowth.

The basic meaning of Jihad is a struggle against imbalances, injustice, or mischiefs that disturb the “natural state” (fitra). Muslim community should manifest the optimal and balanced way of life as a median community (ummah wasat). The key role of ummah is to ensure justice, beauty, and balance in universe through exercising stewardship and being a khalifah (trustee). Civil society activism in the Muslim world should support and nurture a green way of life is in line with Islamic worldview. This activism is one form of Jihad to ensure balance and harmony between humans and nature. Transforming the positive energy of youth in the Muslim world towards a Green Jihad which supports all principles of equity (adl), beauty (Ihsan), saving our social and human capital (arham) and saving our natural capital to support progress and prosperity (emartu al ard). The Qur’anic view of living species is that each species is a community (ummah) and it is part of the community of life (ummam) and each life-form warrants special respect. Besides, every living species is in a state of Prayers even if we do not understand the symphony of life. The Qur’an says: “There is not a thing but celebrates His praise, but you understand not how they declare His glory” (Qur’an 17:44)’.

In essence, green Jihad is a purposeful positive force to ensure equilibrium and “natural state” and to protect the community of life and to ensure good and justice.  The Qur’an informs us that when humans abuse power, this results in the degradation of both the natural and social capitals.  If Muslims are part of the global civil society activism, this will enhance the role of Muslims as change agents for global peace, democracy, and freedom.

The essence of Islam is being in a state of harmony and “natural state” (fitra) and in respecting balance (mizan) and proportion (mikdar) in the systems of the universe. All these notions embedded in the Islamic value system can provide an ethical dimension for Muslims on the climate change issue.  The climate debate is about the increase in the concentration or proportion of greenhouse gases which can be measured in ppm. Due to the human development model and consumption patterns, we are seeing an increase in carbon dioxide concentrations of more than 420ppm as compared to pre-industrial levels of 280 ppm.

Hence, addressing climate change, from an Islamic perspective is about assuming the human role as a trustee and steward (khalifah) and the role of the median community (ummah wassat) to conserve resources, embody degrowth (zuhd), enjoin good and forbid evil and ensure harmony, balance, and right proportion (fitra). This balance has been disturbed due to human choices which result in overconsumption, overexploitation and overuse of resources. The ethical dimension of Islam is about linking theory and practice through evolving new consciousness and spiritual development. Embodying Islam in turn will lead to environmental activism to save the integrity of planet through protecting life on earth and to respect of rights of other species and the protection of the diversity of all communities of life.

Green life style (zohd): Islamic teachings emphasize the concept of living lightly on earth (zohd), conservation and limit of waste and extravagance (israf). Also, Islam encourages humans to reflect on the bounties of God, and according to Armstrong (2001) they should look at the signs of His goodness and power that were evident wherever they looked in the natural world.  This reflection on the marvels of the natural world would elicit innovation and nurture naturalistic intelligence. The Qur’anic verses revealed in Mecca addressed the oneness of God and also discouraged Meccans from greed, injustice, and material accumulation.

The early Islamic teachings made a clear connection between nature and the Creator. This correlation is clear by the use of word ayat which means signs.  The term signs (ayat) refer to both signs in Qur’an and nature. Nasr (1998) explains that Islam views nature as having sacred qualities and that Muslims viewed in every creature a message and a sign to be read from the cosmic Quran. He further explains that to remember God’s quality of encompassing all things, (in Arabic, Muhit), is to maintain awareness of the sacredness of nature into which God’s presence permeates.

Green life style and local development implies conservation as a way of life and supports small-scale development models as applied in Egypt by Abouleish (2005). Islam supports conservation of resources including water, food and energy regardless of its apparent abundance. The current economic model is addicted on fossil oil which is the root cause of climate change challenge. To produce any commodity, we need natural resources and energy. Energy is essential for manufacturing, processing raw materials, and for shipping final products across the globe. It is the use of energy during these processes that is most pertinent to a discussion on climate change. The different types of fossil energy (coal, oil, and gas) or renewable energy (wind, solar, hydrogen and hydropower or nuclear or bio-fuels) determine the future of climate and the health of the planet which is based on our policy options, development objectives, and social choices.

Within an Islamic worldview, small-scale and people-centered development is encouraged to minimize ecological footprints which are too high due to global trade.  This means that production should be more according to need not for maximization of profit and creating demands for luxury goods. In Islam, there is a religious constraint for Muslims to conserve and respect the carrying capacity of the earth. Hence, Islamic values encourage policies that reduce the dependence on fossil fuel use regardless if climate change risks exist or not or if there is scarcity of resources. From this perspective, climate change could be seen as one possible symptom of a deviation away from the principle of conservation (zohd).  The key message is that even if the threats of climate change do not exist, it is imperative for Muslims to embody and follow Islamic principles as act as a median community (ummah wassat) to save the planet and human wellbeing as part of the global commons.

The Quran does not consider natural disasters to happen at random but there are results of human activities as indicated in the following verse:

“Mischief (fassad) has appeared on land and sea because of the deeds that the hands of men have earned, that (God) may give them a taste of some of their deeds: in order that they may turn back (from evil) (Qur’an 30:41).

‘Mischief’ or “corruption or natural disasters” in the above verse, means fassad in the original Arabic. This broad meaning of fassad implies a cause-effect relationship which is linked to human purposeful acts in terms of all human activities. In our current times, the notion of fassad can include besides economic and political corruption, environmental impacts such as sea level rise, increased flooding, droughts, and hurricanes which are associated with anthropogenic climatic change. The economic cost for corruption is immense.

In sum, Islamic worldview also provides new perspectives for discovering and explaining the root causes for the current  environmental, economic and social crises as manifested in climate change, ater crisis, poverty and human security. Besides, Islam views the root cause of global warming and water and ecological crisis is due to the absence or lack of human stewardship and the deviation and departure from “natural state” or Fitra. A framework for water sustainability which represents balance in the five capitals (natural, social, financial, manufactured, and human) will be outlined. 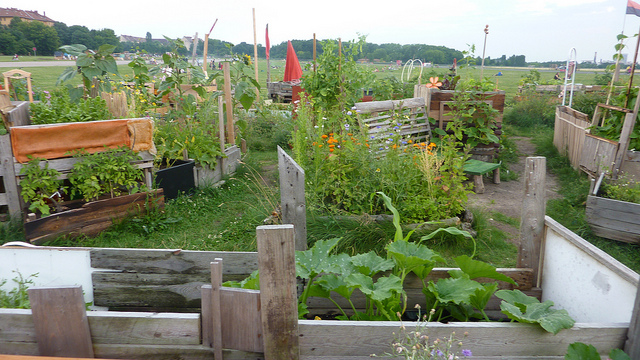