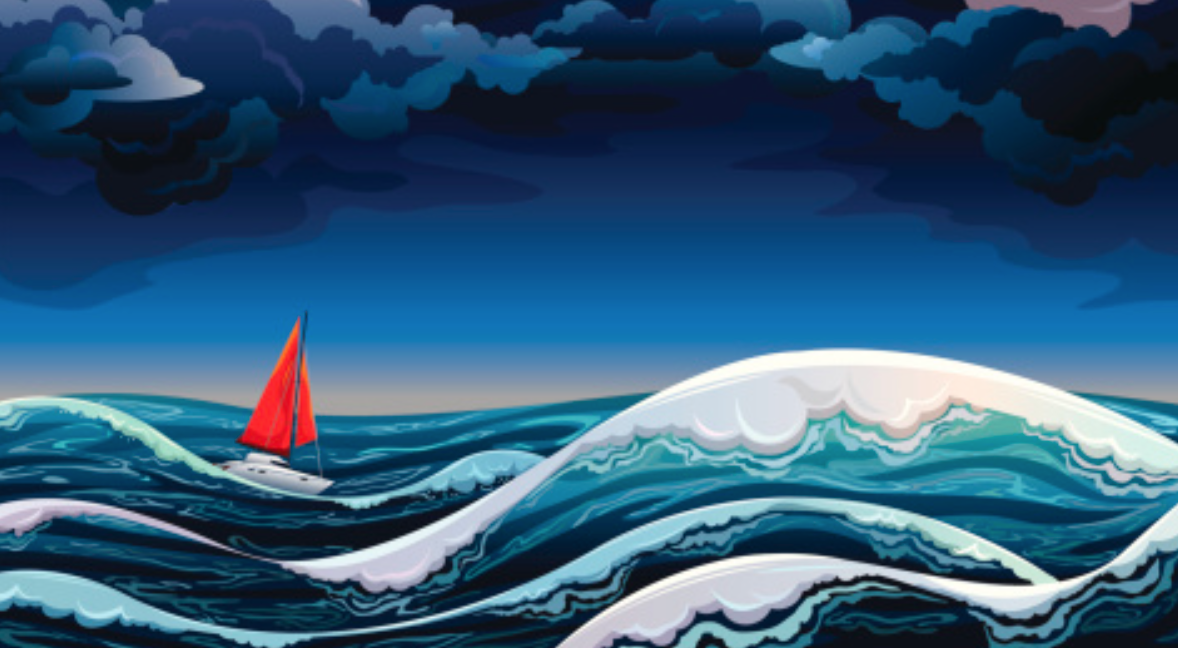 We had no idea what was coming.

After the World Health Organisation declared COVID-19 a global pandemic in March 2020, billions of people were forced to isolate at home, their usual routines disrupted and their futures thrown into uncertainty.

In the initial phase of the crisis, supply-chain disruptions, scarcity fears, and good old-fashioned herd behaviour led to widespread     panic buying. Shoppers, particularly in wealthier countries, stocked up on extra supplies—toilet paper, cleaning products, and dried pasta were especially popular—to help you and yours survive the apocalypse. Online shopping also exploded despite the extra packaging waste, and, with it,  additional pressure on underpaid warehouse and delivery workers. Now, two years into a pandemic that shows no signs of abating, we get to watch billionaires like Amazon’s Jeff Bezos race each other into outer space. (In a spectacularly tone-deaf speech, Bezos even thanked his employees and customers for paying for his trip.)​

All time is equal, but some people’s time is more equal than others’: gendered time conflicts

One truism that’s emerged during the pandemic is that while we’re all in the same storm, we’re riding it out in very different boats. This is made abundantly clear in the billionaire space race. In the EU, as in other parts of the world, the pandemic has also revealed systemic inequalities in how we value people’s time, labour, and health. Different people have diverging levels of exposure to (and risk from) the virus itself, with implications for time spent in recovery. This is further impacted by their access to necessary support and care, and their capacity to weather economic instability and disruptions to the normal functioning of public life such as the reduced operations of social services, healthcare, public transport, and education.

Of key concern here is the pandemic’s disproportionate temporal impact on women—particularly on employment conditions and share of unpaid domestic labour and caring responsibilities. Unlike previous crises such as the Global Financial Crisis of 2007-09, the pandemic has disproportionately affected women’s employment in the EU. Women are over-represented in frontline service work, including underpaid caring professions such as nursing, elderly care, and childcare, as well as in the rising numbers of precariously employed and unemployed.

Working on the frontline: undervalued time

A pertinent example of how social time conflicts are driven by profit-maximising efforts of time rationalisation and time efficiency, according to chairman of the German Society for Time Politics (DGfZP)     Ulrich Mücklenberger, can be found in the service sector, particularly in nursing and at care institutions such as hospitals. With ageing populations and the ongoing undervaluation and resulting scarcity of care work, additional pressures are being exerted on the largely feminised care workforce who must also shoulder the burden of ensuring their own family’s social reproduction, i.e. the daily and intergenerational maintenance of human beings (who may eventually contribute their own labour to production).

Essential frontline workers have had to continue showing up throughout the pandemic, facing increased workload, greater exposure to health risks, and arduous emotional demands compared to other sectors. In the EU, women make up 76% of healthcare workers, 82% of food-store cashiers, 86% of personal care workers, 93% of childcare workers and teachers, and 95% of domestic cleaners and helpers.

Juliane Bir and Aliane Brüser from the European Trade Union Confederation find it unacceptable to refer to these workers as low-skilled, given the vital role they have played during the pandemic. They call for a “gender-sensitive recovery” including a systematic re-evaluation of frontline workers’ pay, so that their true social contribution is fully valued. This necessitates re-thinking how we value their time, which is directly consumed via the provision of services. The feminisation of care work means society is conditioned to expect and rely upon this time and emotional labour as almost infinitely free goods, but this entitlement is deeply unsustainable.

It’s important to remember that working from home is a privilege not afforded to everyone. So-called white-collar jobs that typically require professional qualifications, if not a tertiary education, are the most likely to be heavily computer-based and thus amenable to remote work.

Early in the pandemic, there were hopes that men’s increased involvement in housework and childcare activities during lockdowns and extended work-from-home orders had the potential to challenge the gendered division of domestic labour. However, lockdowns were likely too short and too temporary to achieve any enduring effects in reducing gendered time inequalities. As Sofia Fernandes and Klervi Kerneïs from Social Europe report, women have taken on the bulk of additional unpaid domestic and care work during the pandemic, devoting far more time than men (53 hours versus 37 hours per week), particularly due to intermittent closures of schools and childcare centres and the widespread shift to teleworking. The gender gap is more glaring for women with children, who have typically been spending 85 hours per week on these tasks during the pandemic, compared with 51 hours for men with children.

The result is that women are currently struggling more to balance their time between work and personal life, and Eurofound reported that 29% of surveyed women in the EU found it difficult to concentrate on their jobs because of care duties, compared to 16% of men.

Women are also more likely to have transitioned to part-time work or dropped out of the paid workforce entirely during the pandemic, particularly due to caring responsibilities and time conflicts. This is driven by several factors. Women were already over-represented in part-time, temporary, and precarious employment relationships, and these “non-standard” forms of work shrank more than standard full-time jobs during the pandemic. Non-standard work typically involves more fragmented and unpredictable work schedules, and thus unstable income.

Entertainment, nightlife, gastronomy, retail, domestic work, and tourism are some of the hardest hit sectors, all of whichemploy large numbers of women on an insecure basis. For many two-income households, the decision for women to reduce their paid working time is also in response to the gender pay gap, particularly if they already have children to care for. As people respond to time structures outside of their control, the irony is that such decisions serve to reinforce these gendered inequalities in pay and how we value time.

Persistent economic uncertainty with ongoing COVID-19 waves and faltering re-openings will likely see women forced to renegotiate their way back into the labour market through increasingly contingent employment. Lisa Pelling and Linn Brolin of Social Europe report that employers are proving themselves generally reticent to offer new permanent contracts, in favour of flexible and short-time working, and this is particularly true for women with current (or potential future) parental responsibilities. Women’s forced under-involvement in the labour market could thus have lasting impacts on their income and     careers, jeopardising future hiring and promotions and threatening gains made over the last several decades in closing the gender pay gap. Given that women typically live longer than men, this could also have far-reaching consequences for the gender gap in pensions and retirement savings.

Slowing down to close the time gaps?

The solutions to these economic and temporal inequalities should be rooted in the goal that all workers, irrespective of gender, are able to devote equal time to care and other unpaid work. Rather than making special allowances for working mothers or other carers, all workers should be allowed to fulfill their reproductive labour and personal time obligations. All workers, all people, have the right to one’s time. Efforts to claim and exercise such rights are explored further in a next post, via experiments in time policies that coordinate city timetables in the best interests of all citizens, and in slow-living philosophies. An expansive understanding of socially and personally embodied time and the promotion of human wellbeing are at the root of such efforts to disrupt the temporal inequalities revealed by COVID-19.

Clare Hollins is a Masters student at the Berlin School of Economics and Law, combining their interests in political economy, political ecology, and transformative feminist praxis. Passionate about humane public policy, social justice, education and creative alternatives, particularly for those caught in the intersections of multiple unfair systems, they're currently researching prospects for feminist circular and community economy.

Reflections on time, and how we care for one another 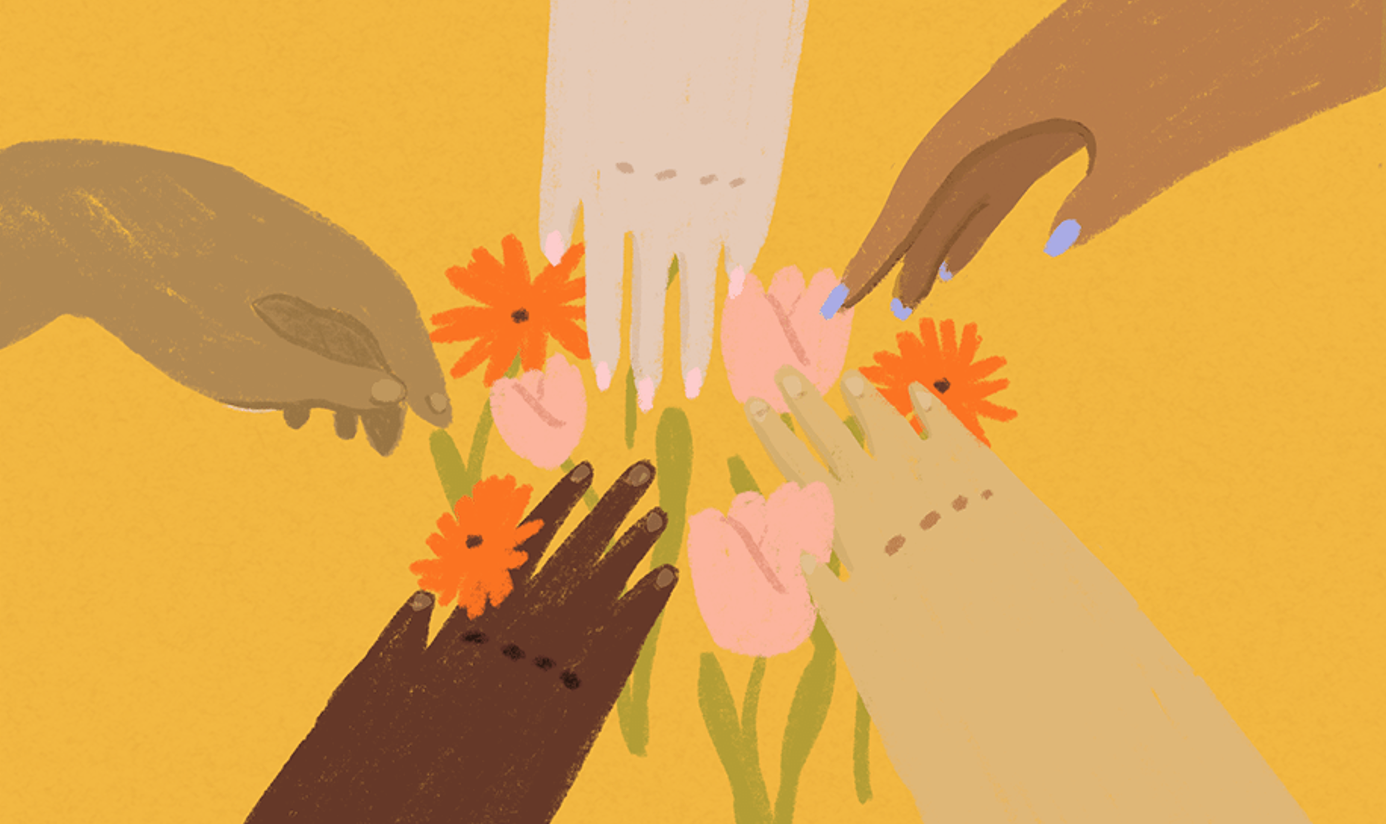 Time, as we know it, is largely a social construct. With so much of our autonomy taken away by the pandemic—particularly our freedom of movement and, for many of us, ability to earn an income— we’ve had to do what humans always do and make do with what we have, get creative, and focus our time and energy on the reciprocal networks of care that are so essential for our survival. 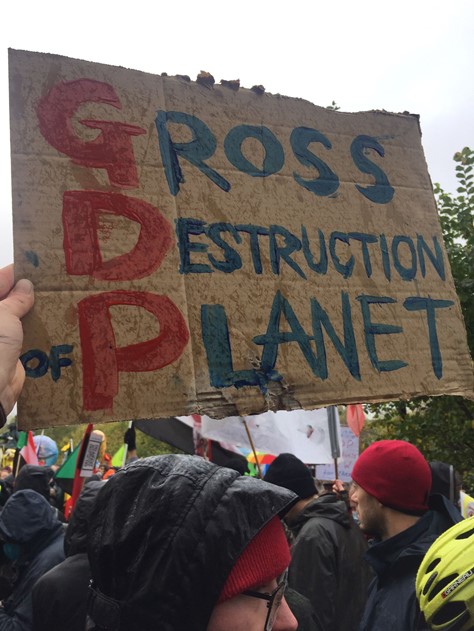 If we are to accept degrowth in wealthy nations as the only sane and just response to the deterioration of the planetary biosphere, how should we reorganize care and reconceptualize health? We know that a degrowth transformation will require a fundamental reorganization of societal structures underlying growth-focused economies in the Global North. The structures dedicated to our health needs a...

Caring for Change: Our Degrowth is Intersectional! 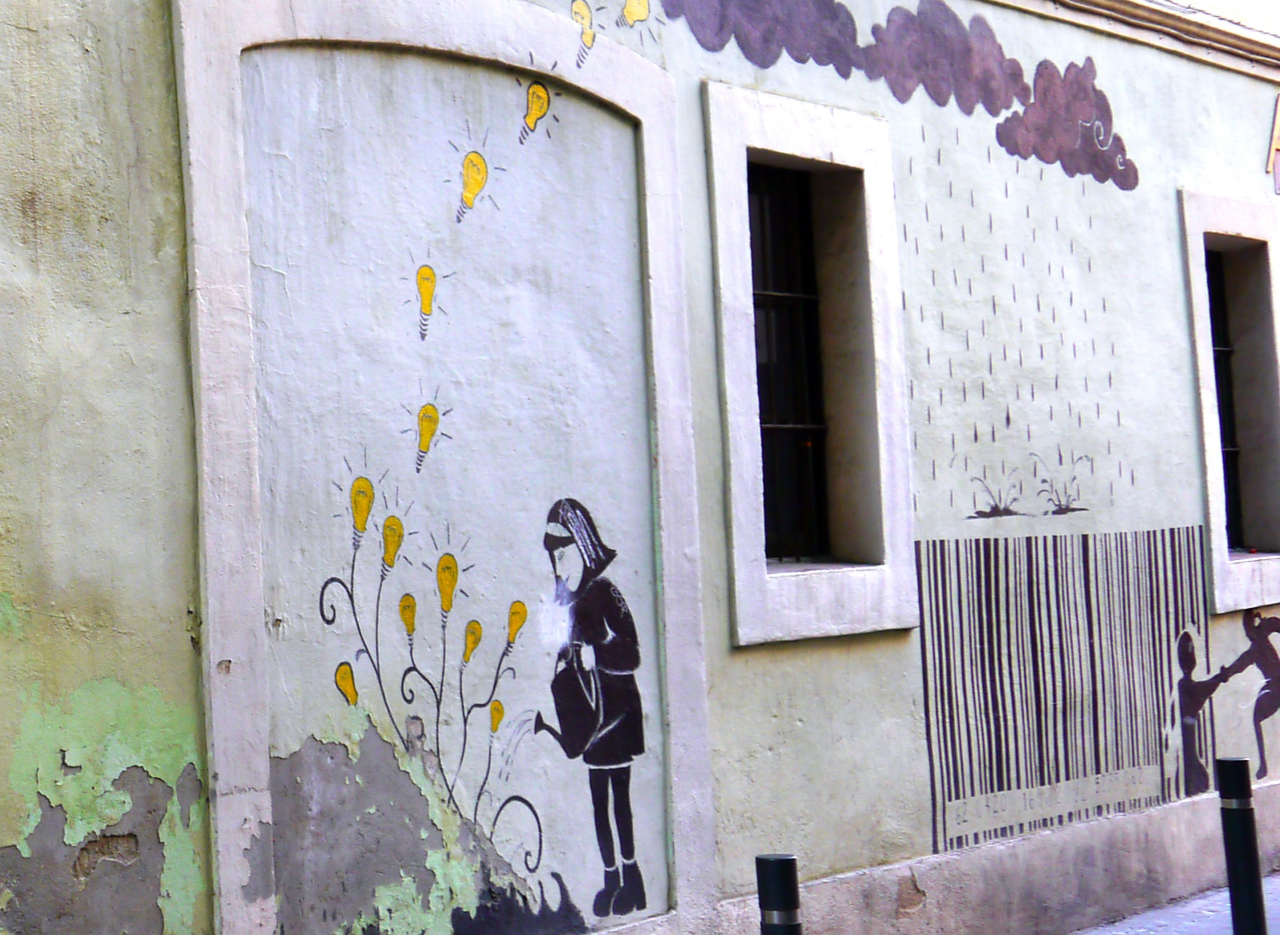 The third annual Global Degrowth Day on the theme of care will take place on 5th June 2021. Here, Corinna Dengler and Giacomo D'Alisa expand on the centrality of care to degrowth. Degrowth is an activist and political claim supported by academic research that aims at creating global human well-being within planetary boundaries. Degrowth problematizes interlinking systems of domination ...