An interviewed Anuak farmer from the Gambella region in Ethiopia assures that nobody in his village supported the land deal for Al Amoudi´s Southern Star Farm project from the beginning. Despite of this, the contract was signed and the villagers were kicked off the lands. He lost his crop land and also his access to the now cleared forest, rendering the medicine, fruits, and firewood he used to collect there unavailable. He cries as he tells his story of the repression he subsequently suffered because of his attemps to resist the company’s arrival.

Starting in the Colonial Era, the global South has been exporting huge amounts of crops at cheap rates. The exploding global material consumption since the late 1970s led to an even more extensive appropriation of land in low-income countries, spearheaded by private foreign investors and national elites with governmental support. Northern-driven exports of food and energy had a devastating impact on local livelihoods and environments. These trade relations have become a structural element of the globalized economy with all its inherent inequalities. At the same time they have triggered the resistance of peasants in the South. Since the 1990s, global movements such as La Via Campesina have risen to argue for food sovereignty both in the South and the North.

Yet, the new patterns of spatial disconnection between biomass production and consumption challenge the classical South-North narrative as the only explanation. Population growth, but also the new demand for fibre, agrofuels, and increased meat consumption in Asia has reshaped the global biomass metabolism and related production and trade flows.

Although the exact dimensions of global land grabbing remain unclear, there is no doubt about its massive scale. Estimates range from 33 to 200 million hectares (Mha) – Finland’s and Mexico’s areas respectively – or even more, acquired since 2001.

New is that many countries that previously did not participate in global biomass trade on a significant scale, are now entering the game, such as China, India, South Korea, Brazil and even Egypt (BRICSs and MICs, Middle Income Countries). As early as 2008, forty percent of all mergers and acquisitions in the field of agricultural production were South–South. These numbers include importers such as high-density developing countries like China and India which are rapidly increasing their biomass imports, as well as new exporters including Sub-Saharan Africa and many Asian countries. Africa has over 10 times of India’s landmass, yet India has 200 million more people.

Is the BRICS’ approach to development just a softer, gentler variety of colonialism?

Southern investors like to tout their investments as being based on the G77-principles of South-South cooperation, namely equality, solidarity, mutual development, and complementarity. However, reports of dispossession coming from the ground give cause for concern. Therefore, the question is if BRICS’ approach to development is just a softer, gentler variety of colonialism.

Take Brazil for example: While protecting its own internal markets for land from ‘foreignization’, the country has been active in terms of expansion abroad. According to what President Dilma Rousseff has termed “the dawn of a new economic era between Africa and Brazil”, cooperation agencies of Brazil and Japan have invested in a programme called ProSavana in 19 districts of Northern Mozambique covering an area of over 14 Mha. The project aims at offering land to Brazilian and Japanese agrobusiness firms for cultivating soybeans, maize and other staple crops for exports. It is meant to transfer agricultural technology and knowhow from Brazilian agribusiness to rural Mozambique, thereby getting closer to the Chinese market – the main destination of Brazilian soy exportations. Over 4 million people live and farm in this area which has traditionally been occupied by small farmers and shepherds. The project, planned in three different stages between 2011 and 2019, was inspired by a similar initiative carried out in the Brazilian Cerrado, where the foundation for a system based on large-scale industrial soybean monoculture was laid. Designed to increase agriculture efficiency, locals see in the plan a threat to their lands because of the arrival of foreign capital. In 2012 the National Farmers Union in Mozambique had analysed the project and concluded that it imposes a threat to local farmers.

The case of Karuturi Global, one of the world's largest cut flower companies is another representative example. In 2008, the company inked an agreement with the Ethiopian government to lease 300,000 hectares of farmland in the fertile Gambella region. Its aim was to branch out into cereal crops and oil palms. Intense conflicts sparked off aound the compensation, displacement, and relocation of villagers and herders who lived on or grazed the land. The local indigenous Anywaara have since faced repression and violence. Due to labour disputes, floods, shortages of capital, less than 5 percent of the total 300,000 ha of land are operational. For five years, the slow progress of Karuturi and similar projects has prompted the Ethiopian government to reassess its policy of leasing vast tracts of land to single investors. In 2010, the government renegotiated the lease, reducing its size to 100,000 ha.

Contrary to historical patterns of colonialism, landgrabbing today is both a North-South and a South-South phenomenon. This is part of a shift towards a more polycentric configuration of global power, partly driven by changed patterns of what is grown and for whom. Resource pressure driven by the growing middle classes in Southern countries will either lead to increasing conflicts or to calls for a new, more equitable distribution of resources. The world’s biomass production increases in absolute terms alongside the increase of the traded amount. Yet, inescapable environmental boundaries on planetary scale necessitate a convergence between the small degrowth-movement in the global North and environmental justice movements originated by poor or indigenous peoples from both the South and the North. The surge of environmental conflicts on the commodity frontiers will only be prevented by reducing the intense metabolic pattern of the global economy. _______________________ The original and slightly different version of this article appeared in "Atlas der Globalisierung" in German language 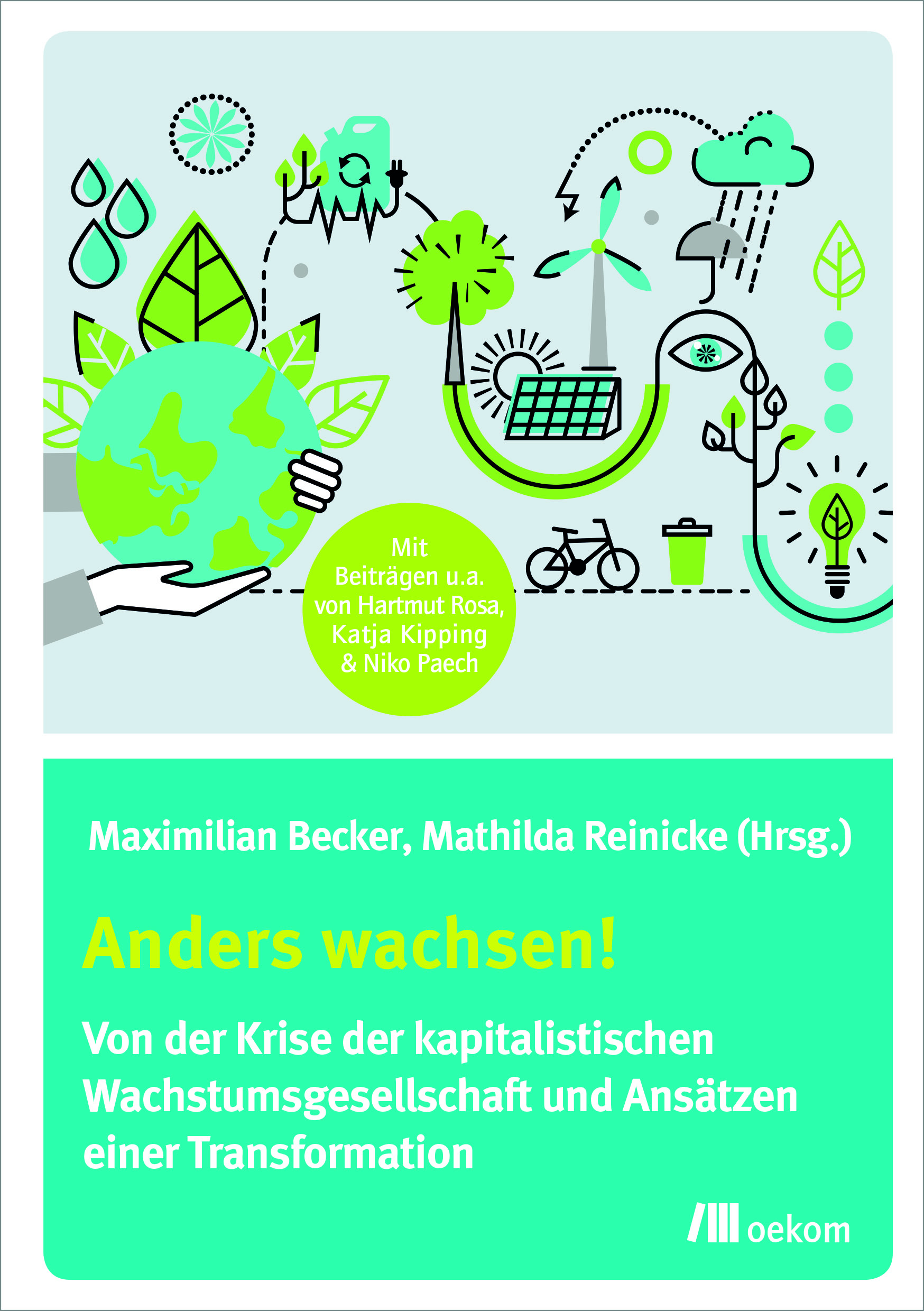