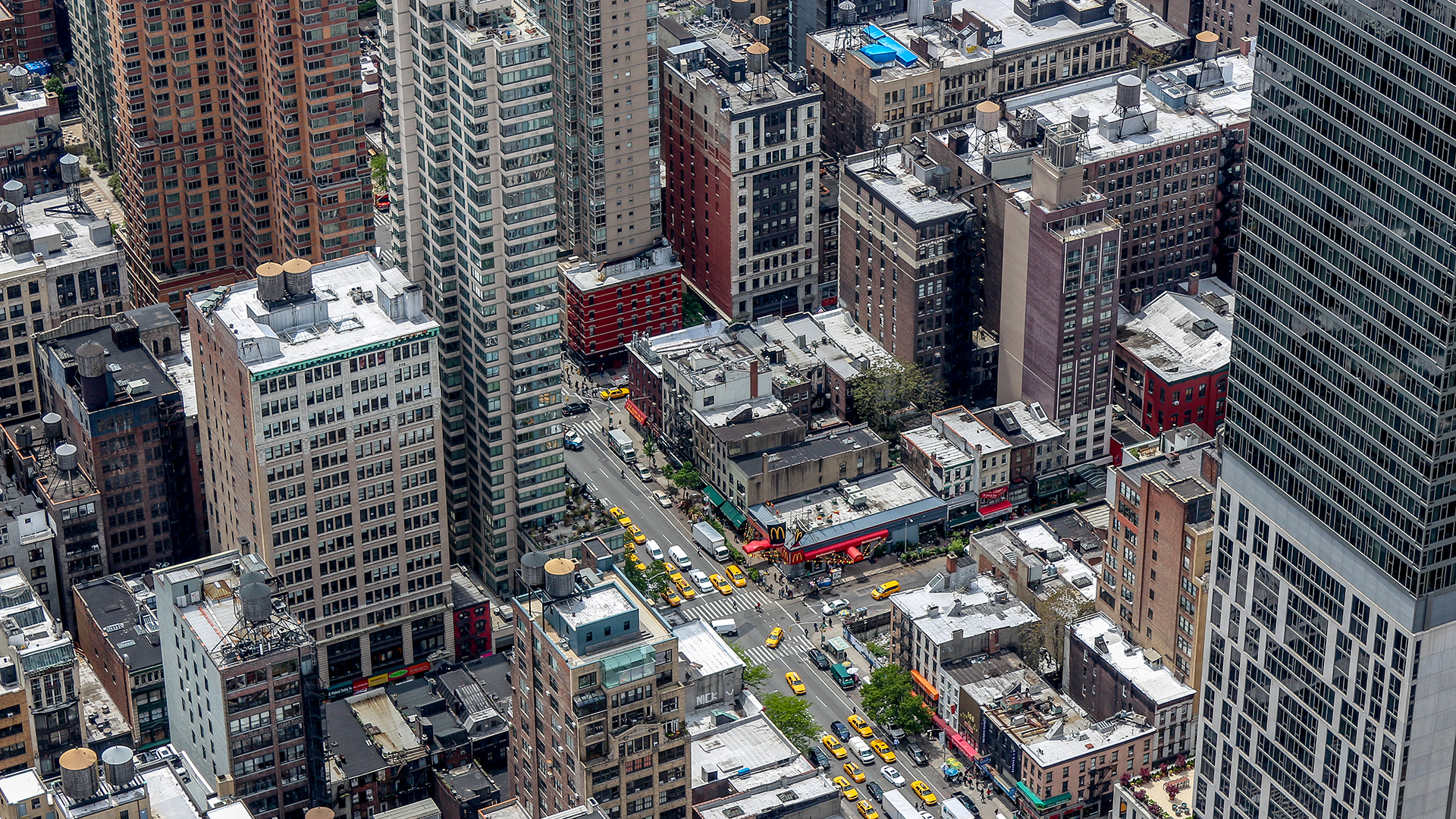 In the 1980s, cities were defined as the ‘growth machines’ of the economy (Molotch, 1976). Today, urban economists epitomize them as economic ‘triumphs’ (Glaeser, 2011). Cities, intended as dense and mixed forms of urban living organized in agglomerations of economic activities, are presented as the solution to many of contemporary socio-ecological problems. They are viewed as the location of the so called ‘energy transition’, ‘social innovation’ or the ‘clean economy of knowledge’. Cities have been a central topic in degrowth scholarship, although never put at the forefront of the debate. Latouche (2014) portraits the ‘degrowth city’ looking at the Mediterranean way of life of small towns. He called for a regional economy of sufficiency. Many degrowers explicitly advocate the need for changing the mobility infrastructure in order to reach some kind of slow mobility, and they promote the collectivization of public and housing spaces to be used as forms of commoning. Practices of repair, energy sufficiency, food coops, urban gardening and many more are properly ‘urban’ practices, because they interrupt the fast and productive use of city space. Why then it is so hard to make those practices multiply and enable a more systemic transition to a degrowth society? Planning scholars have for years studied and criticized the mechanisms of urban land transformation that drive national economic growth. Urbanization is not the consequence of economic growth but the actual driver of it. The enlargement of cities, their number of jobs, estates and infrastructures, is a driving force behind growth. Already in the early 90s, after the fall of the Fordist economic system, it has become clear – for national governments as much as multinational corporations – that cities were becoming a new market where to invest surplus capital (primarily industrial capital) and gain rich returns. Urban scholars have explained that cities became ‘regionalized’, turning into agglomeration economies where domestic and global capital could be invested in real estate, industrial or office complexes, rapid mass transit, airports and of course energy infrastructures. The region became a ‘space of competitiveness’ (Brenner, 2001) and a marketplace where different cities could compete with each other for capital that would bring jobs, infrastructures, and therefore enlarge the tax base. These cities would also compete negatively to push out what was perceived as unwanted functions. These included waste plans, heavy industry, highway exchanges (without stops) but also large social housing estates where poor people would live. To better compete, cities would of course combine investments that could benefit from each other – for example knowledge industry, data industry and global connectivity – and become progressively ‘specialized’ into what in Marshallian terms is understood as a unique industrial ‘atmosphere’. Without subsidies from national governments, cities are incessantly pushed to compete more, hoping to specialize in one particular sector that would welcome capital investments. If they fail to do so, they risk suffering a series of consequences among which ‘shrinkage’, ‘ghettoization’, isolation or marginalization. As marketplaces, regions are the motors of economic growth. However, this competition is today strengthened by a whole set of self-reinforcing mechanisms. City governments may search for what they define as better spatial qualities (good public spaces, swimming pools, natural areas, a ‘vibrant economic environment’ etc. etc.). To pay for those qualities they seek development that would bring public returns under the form of income, both direct (local fiscality) or indirect (national subsidies based on performance and needs). This income is generated through investments. Yet, many cities do not have the means to invest themselves; they do not own land and often cannot afford to take high risks especially with infrastructures. They instead attract or collaborate up with private capital and devise regulations that allow to ‘capture’ part of the private gain for public purposes. Yet, capital is mobile – to a certain extent – so if they tight up their demands, they may always risk that capital would fly away, somewhere else, perhaps in another city, region or even country. This is a vicious circle that makes city governments enacting policies that would welcome investments, and in times of austerity these are primarily private investments. Cities may opt to co-invest in particular infrastructures through public private partnerships or selectively promote development in areas with high ‘rent-gaps’, places with high returns on investments such as gentrifying neighborhoods. This process turns out to be very selective and unequal, privileging already competitive areas of cities and marginalizing others. The effects of this process is usually defined as ‘polarization’ (social, spatial and economic), and unless there is a well working system of redistribution, they are likely to produce socially divided cities. Finally, in the current economic system, divided cities tend to be those that try to compete even more for incoming capital. One necessary condition for the lubrication of this process is the possibility to hold, buy and exchange land and real estate. Cities are marketplace for land and real estate, today the most important commodity on the market. To form this marketplace land and real estate need to be regulated to give certainty in time and commodified through property. Investments in cities are built around the potential value of a particular plot of land or estate, not its present value. Investors look at 10-15 years’ time or even more in case of large-scale developments. Stable and legally enforced ‘property rights’ are necessary to guarantee that land and estate properties maintain or increase their value. Zoned property rights were invented exactly for this purpose in the early 1920s: to guarantee homeowners and urban investors that their property would maintain value. These property rights are ‘zoned’ because zoning provides the necessary control against the depreciation that ‘unfitting’ functions would have on each other. To understand the pervasiveness of this mechanism you can think of the battle that some homeowners in cities fight against industrial sites, waste facilities or unfortunately also social housing estates: even if those facilities may not be ‘dangerous’ for the quality of living they are considered to stigmatize a particular area, with negative effects on long term value.

How can we unlock this system?

A degrowth urban agenda would have to be geared to interrupt this chain addressing more of its nodes simultaneously. National redistribution mechanisms to balance wealth among richer and poorer areas have provided a good palliative against the socio-ecological effects of this mechanism. But they are not enough. It is important to disable regional competition, making cities more ‘autonomous’ to provide essential services also those necessary for the subsistence of the population. Decentralized energy and food cooperatives can be one way to do so. It is also important to limit land transactions and value increase, through policies that could build caps to real-estate investments and at the same time redistribute that surplus to areas in need. It would also be necessary to ‘commonize’ land and real estate properties, de-commodifying land and building economic circuits of land and real estate transfers alternative to international markets. Co-ownership, if built around principles of use rather than investment, could be a way to create responsible communities able to emancipate from the municipal push to develop and capture value. This post is republished from Ontgroei, the Dutch Degrowth Platform. Read the original article here.  References Brenner, N. (2001). New state spaces: urban governance and the rescaling of statehood. OUP Catalogue. Glaeser, E. (2011). Triumph of the city: How our greatest invention makes US richer, smarter, greener, healthier and happier. Pan Macmillan. Latouche, S. (2014). Sortir de la société de consommation: Voix et voies de la décroissance. les liens qui libèrent. Molotch, H. (1976). The city as a growth machine: Toward a political economy of place. American Journal of Sociology, 309–332. 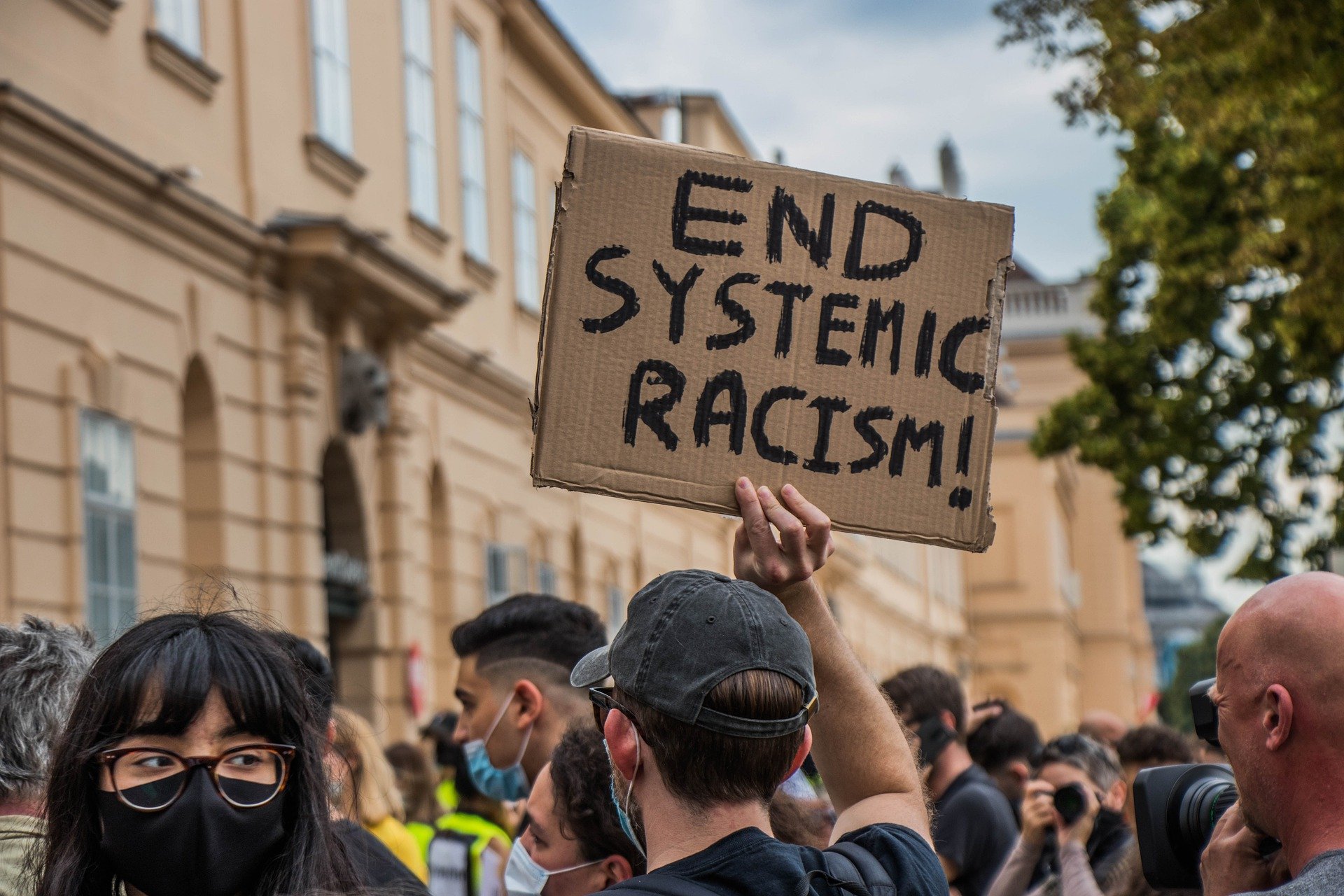 We, organizers and participants at the Degrowth Vienna 2020 conference demand equity and justice. We stand in solidarity with the people in the United States challenging white supremacist culture and with related global struggles. As activists, academics, artists, and practitioners we aim together to put an end to systemic oppression and structural racism; as again has been recently revealed by... 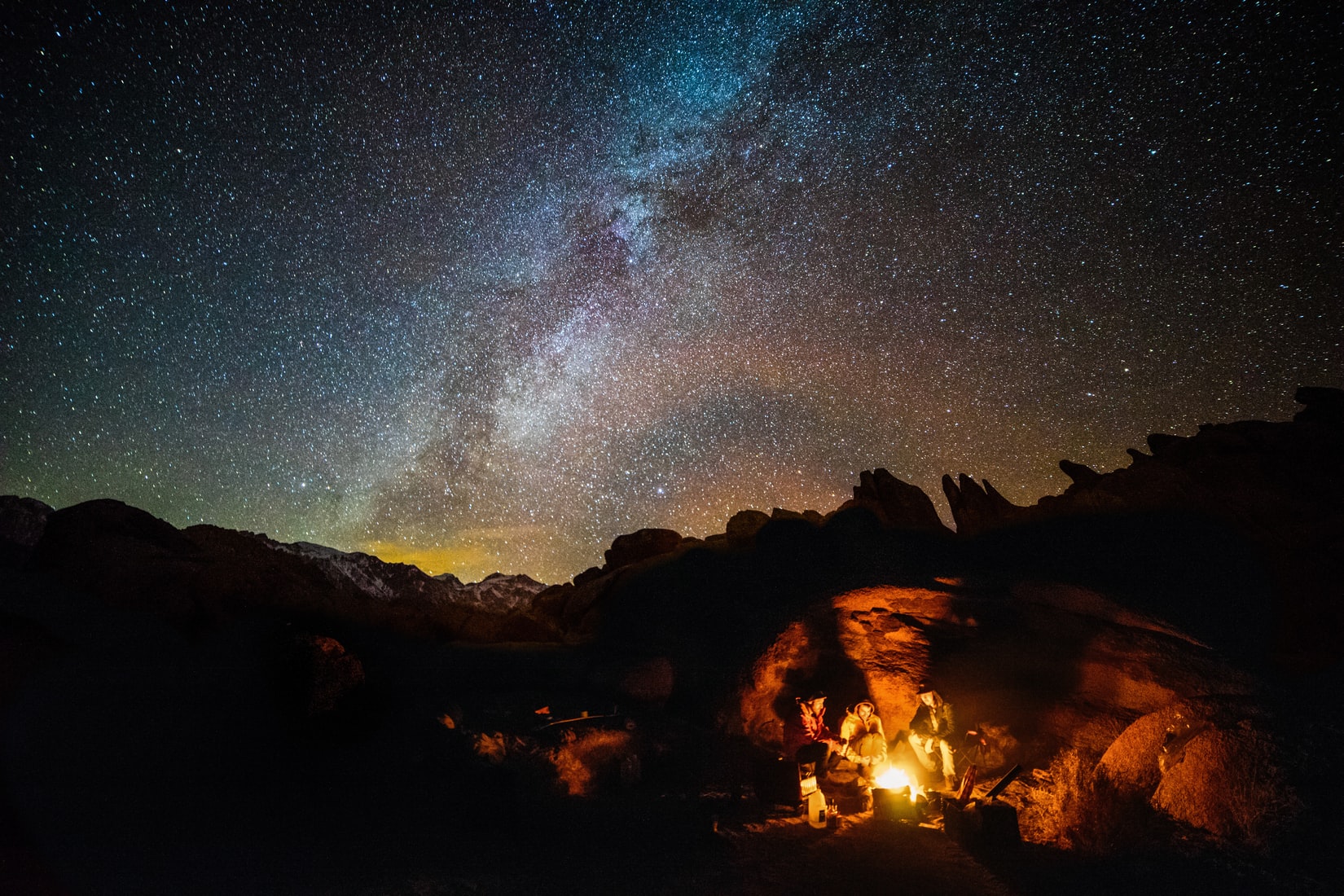 Thirty four years ago I published Abandon Affluence and Growth, with negligible effect, so it has been hugely satisfying to see the recent emergence of a degrowth movement. However, I believe some aspects of the movement need greater attention. Degrowth transition strategies especially should deal more effectively with the sheer magnitude of the problem we are facing. The magnitude of the prob... 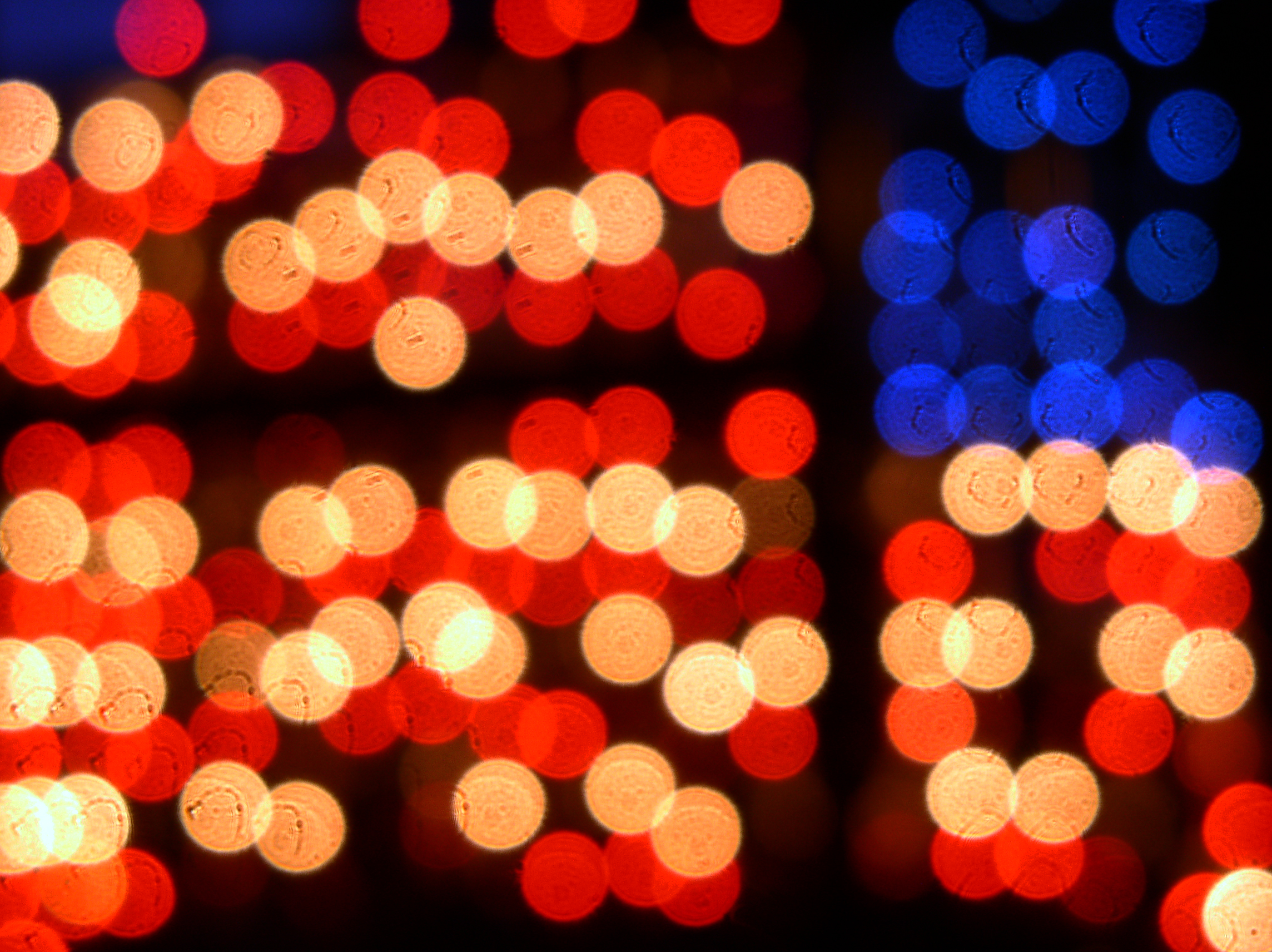 Two loose movements have emerged on either side of the Atlantic with the aim of transforming the economy. In the U.S.  –the new economy movement and in Europe - the degrowth movement . Both originated as critiques of the current political-economic system, and gained momentum after the financial crisis, since flourishing into nascent social movements composed of practitioners, academics, and act...