Ecofeminism seeks to challenge the basis of Western knowledge-creation through the critique of pervasive binaries and divisions that structure societal interactions. Ecofeminism regards the ever-present and ingrained subversion of women and marginalised people, and nature, as a result of colonialism and patriarchy, past and present, which utilizes the logic of social categorisation and marginalisation to both oppress and exploit. Additionally, besides criticizing binary thinking, the ecofeminist perspective tries to go further by challenging and overcoming techno-scientific masculinist knowledge, a view that it shares in common with degrowth thinking. Ecofeminism does so by advocating, in theory as in practice, a profoundly alternative, revolutionary perspective; it pushes us to overcome the system that we are usually bound to think in. This entails calling into question the dichotomies of nature and humanity, which continues to perpetuate a hierarchisation of the rational economic male and its dominance over nature. The structuring and perpetuation of knowledge-creation present an ever-relevant and important discussion within degrowth scholarship, seeking to provide new avenues of thinking and action on the global scale.

In this piece, we argue how ecofeminist theory can help understand nuances and draw insights on the Paris Agreement's dominant narratives. We explore how binary thinking and specific forms of knowledge are presented in the Paris Agreement and how it is, therefore, not possible to see it as a true vehicle for climate, social, and gender justice.

Before analysing the core features of the agreement, we will briefly outline the ecofeminist critique questioning binary thinking and masculinist, techno-scientific knowledge. As a final point, we aim to further cement the argument for a feminist-degrowth alliance, and a degrowth scholarship that seeks to understand and uplift the knowledge and experiences of those most impacted by climate and ecological destruction. A failure to do so will risk the perpetuation of power structures and norms which create the exploitation and inequality that we, as the degrowth movement, seek to overcome.

Overview of Ecofeminist Units of Analysis

The term “ecofeminism” was first used was in 1974 by Françoise d’Eaubonne. She claimed that ecologists’ concerns regarding overpopulation could be blamed on the patriarchal system refusing women the right to decide on their own bodies. Ecofeminism started, thus, by noticing parallels amidst the domination of nature and male dominance over women. This critical approach developed in many different perspectives resulting in different streams. We must thus talk about ecofeminisms, to emphasize its plural nature.

Ecofeminists’ first actions, thoughts and movements started in the late ’70s and the beginning of the ’80s in the United States, England, Latin America, and India. The first demonstrations were from grassroots movements with different activist backgrounds, grounded in everything from Marxist and Anarchist movements to anti-militarist, racial, and feminist, movements.

How ecofeminists organized themselves for demonstrations entirely re-invented activism, choosing a different path compared to the usual militant demonstrations’ strategy. Their demonstrations were moments of celebration and joy, integrating dance, chanting and rituals, using all kinds of artefacts in contrast with aggressive forms of activism. This way of protest shows a fundamental part of the ecofeminist movement: the desire to fight differently, to go against the system in place while refusing to follow the steps of masculinist thinking.

It is important to note ecofeminism has received criticism for some streams of essentialism that positions women as inherently or biologically closer to nature. This thinking has already been dismissed by most ecofeminist discussions; the association of gender and nature is presented in reference to historical oppression and labour division exploitation, which has drawn together these social categorisations. Therefore, instead of seeing women as naturally and inherently tied to nature, several ecofeminists, such as Sherilyn McGregor,  have called into question the very existence of women and nature as social categories. To understand the construction of these binary divisions and hierarchies, Ariel Salleh references the categorisation of humanity (men) as opposite and opposing nature as a dominant part of Eurocentric cultural oppression and expansion. The dualisms such as nature/culture, women/men and emotional/rational find their root in the period of the enlightenment, where thinkers such as Rousseau and Kant presented “truths” about life and society which have deeply influenced our perception of the world around us. This expanded thinking away from spirituality, emotions, and nature, was propagated as a justification for Western patriarchal capitalism. Val Plumwood recognises such a system of othering as associating qualities across oppressed groups, and mutually oppressing categories of women and nature, women and the body, women and animals, casting aside these as inferior categories. This enables the repeated exploitation of nature and environment, and women, care work, and other gendered structures which serve Western capital and cultural expansion.

Therefore, ecofeminism should not be overshadowed by a critique that all ecofeminist theory is essentialist. This criticism is often used as an excuse to reject gender analysis in environmental and climate discussions. As scholars and activists, it is our duty to reclaim the term ecofeminism and take on a perspective that precisely overcomes this binary thinking. This is what we do in this analysis of the Paris Agreement: a rejection of essentialism, and an in-depth gender analysis of climate and environment, presenting an approach that overcomes gender and nature boolean structures, and foregrounds the understanding of its deep-seated relationship with the patriarchal-capitalist structures of socio-environmental change.

Short Overview on the Paris Agreement

The 2015 Paris Agreement is considered the first genuinely “global” (i.e. Westphalian) response to the threat of climate change. It brought together states and political and socio-economic actors from across the world, and with 175 party signatories, it has been framed as a landmark moment for climate policy on the world stage. Discussion around the agreement has most commonly fallen into a two-sided debate around effectiveness, political impact, and ability to impart serious commitments. This debate, however, obscures nuances around who this agreement is actually written for, what knowledge and ideas it is supporting, and what challenges this has really presented for climate inequality and injustice on the world stage. From a very first glance at the agreement, it is clear that it is heavily seated in norms and knowledge-creation of Western-centric techno-capitalist thinking, supporting economic growth, unequal trade, technological solutions, and emphasis on adaptation. Moreover, inclusion is often largely symbolic, that while gender inequality and indigenous knowledge are ‘included,’ it is largely for a seat at the table and not a meaningful inclusion of diverse ways of thinking.

This first part discussed various ecofeminisms and presented the importance of overcoming binary thought and practice. It also presented an overview of the Paris Agreement. The second part will link those together by analysing the Paris agreement through an ecofeminist lens. We will finally demonstrate how important this is for the degrowth movement. 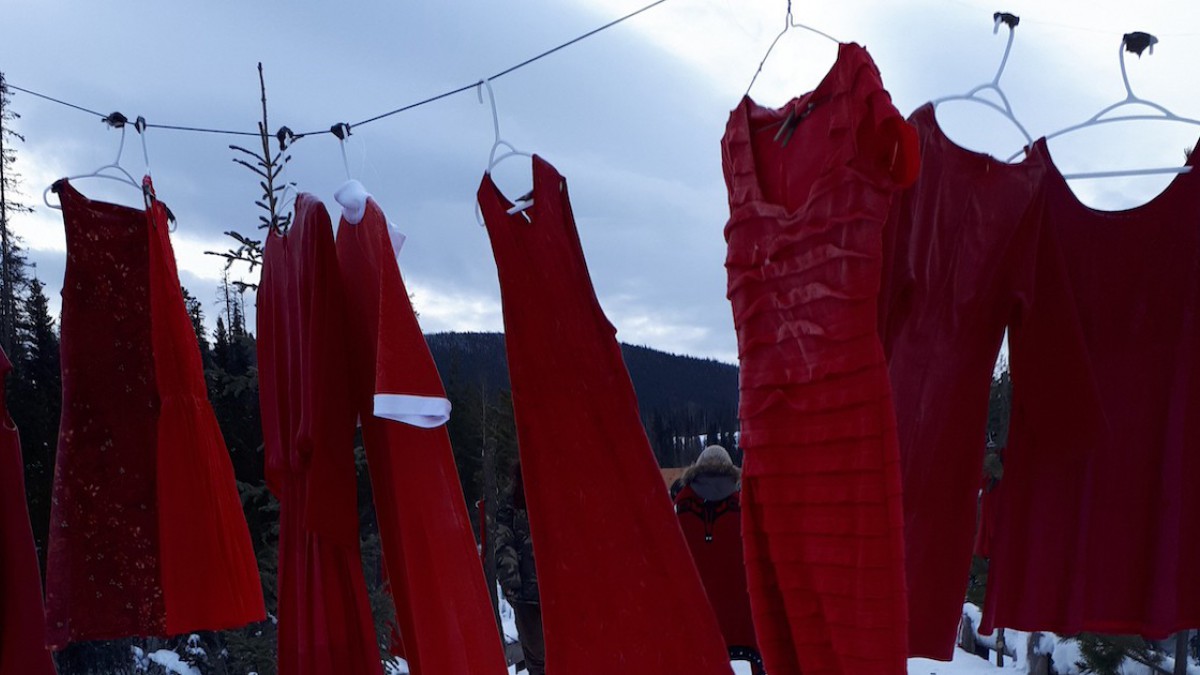