Everyone talks about Volkswagen, but the real question is hardly ever touched 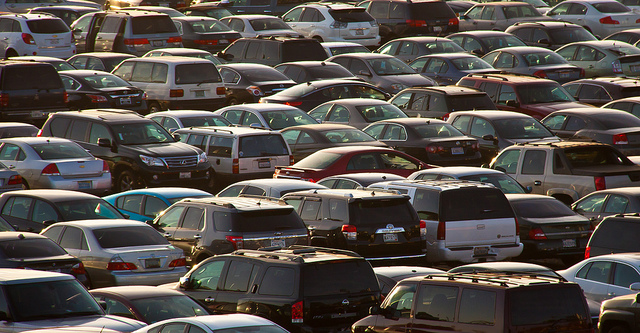 Day after day the media, at least the German ones, reveal new allegations against Volkswagen. Now that the scandal around the manipulated testing software for diesel emissions is widening, many fear that the current crisis will hit the company and the German automotive industry so badly that it will affect the whole German economy. This is no wonder, considering the widespread belief - also reiterated by Chancellor Angela Merkel - that approximately every seventh job in Germany directly or indirectly depends on the automotive sector. Car owners feel betrayed and Volkswagen shares are going down, also heavily affecting the government of Lower Saxony who is a major shareholder.

This is not all: it seems that the current scandal at Volkswagen is only a symptom of a deeper crisis of the entire automotive industry, not only in Germany. Over the last years, the International Council on Clean Transportation (ICCT)1 has found rapidly growing discrepancies between the real emissions of cars and the official declarations by their producers. In 2001 the real emission of new European cars had exceeded the official ones by an average of 8%. In 2013 this discrepancy was already at 25% to reach incredible 40% in 2015.

According to a report by Carbon Brief the scandal around measuring emissions from cars is one of the root causes of the growing carbon gap in the European Union's official emission targets – i.e. the discrepancy between recorded or targeted and real emissions. This means that the automotive sector – already a large emitter – is even putting agreed climate targets at risk.

The automotive industry is doomed to grow or die

However, the ongoing discussion on identifying the culprits at Volkswagen and improving the general regulations for measuring car emissions remains at the surface and misses the real point: that the big players in the key industries of the globalized capitalist growth-economy - and thereby the big car companies - are doomed to grow or die which is disastrous in either case. As for the growth trajectory: is there really anybody who wants to live on a planet that is slowly but surely being choked by cars? Over the last ten years, global car production has almost doubled from 44,554,268 in 2004 to 87,037,611 in 2014. According to recent projections, the total number of cars on earth will increase from 1,2 billions in 2014 to about 2 billions in 2035. The environmental and social impacts of such growth rates cannot be simply compensated by technological solutions, even if all cars were electric and ran on renewable energies. In average, the production of a car causes as many emissions as its (petrol-fuelled) usage over the whole lifetime.

In Germany alone urban sprawl gobbles up 73 hectares every day, much of it due to traffic. In 2013, the total area consumed for traffic had already reached 224 m2 per person which, compared to the 46 m2 for housing, is quite a lot. Globally there is an increasing competition on land and soil between industrial infrastructure sprawl including traffic, food production, climate-relevant forests, energy plants and natural habitats. The projected growth of car production and usage would take this competition to an unprecedented level with severe consequences e.g. for food production. Not to mention the gigantic new infrastructures and masses of natural resources and land that would be required to produce, place and host the renewable energy facilities for powering such global electric car-fleets. Finally, renewable energies are end-products of highly industrialized and CO2-intensive processes and far from being unlimited. This prospect is already frightening enough; what if a large percentage of this car-invasion were still powered by petrol or, just as bad, biofuels?

The adverse impact of our car-centeredness on the living conditions in the World's cities is yet another issue hardly ever considered. The massive amount of urban space that cars and their road structures require, the noise that they make and the danger they pose on pedestrians, especially children, are heavily underestimated stress-factors severely affecting our well-being. What once has been the promise of a new freedom has turned into an addiction making us increasingly unfree and locking us into a fatal path-dependency. The wide and quick spread of private cars over the last decades has been the main cause for the disappearance of local and pedestrian-friendly supply structures. Accordingly, the distances people need to cover for their daily errands constantly increase - which in turn makes car ownership more attractive, especially when many destinations are not easily reached by public transport. In consequence, people feel they "need" a car in order to get along with their day-to-day life. Also the incredible number of 1,2 million people who annually die in road accidents speaks for itself. In the light of all this, the real question we need to ask is:

Is our car-centred economy and society really what we want for the future?

Instead of keeping up our collective car-addiction at any cost, questioning the car-centeredness of our economy and society as such could open up the space for deeper, more sustainable and creative solutions. Let's dream along: How could life look like if we slowly but surely freed ourselves from the dependence on cars? In the cities there would be loads of opportunities for children to play outside, large green areas and space for sports, fun and social activities in the direct neighbourhood, easily reached daily supply and better public transport; the villages would once again have little shop and a buzzing social life etc. etc.

Of course, such vision cannot be realized overnight and requires transitional strategies to free the whole economy from the imperative of economic growth and the grip of companies that are "too big to fail". Such strategies must entail new social security and solidarity structures that no longer depend on economic growth as well as pathways towards the re-regionalization of large parts of production and consumption. In our current capitalist growth economy the sudden breakdown of the car-industry or even only Volkswagen would be catastrophic. As the current crisis in Greece shows, degrowth in the form of economic recession is nothing that we should wish for. Consequently degrowth activists tirelessly reiterate that: "your recession is not our degrowth" pointing out that neither holding on to the growth fetish, nor simply stopping it can help us here. What's needed is an entire new way to organize human activity on earth. Luckily, there are already many ideas, alternatives and concepts available. As for the Volkswagen case, the transition towards a degrowth society would be a good option to make Germany more independent of the automotive industry and more resilient in the face of economic crises. ------------------------------

1 Data taken from this German essay in "Süddeutsche Zeitung"

The fight against the elimination of fossil fuel subsidies in Ecuador: Lessons for environmental and social justice 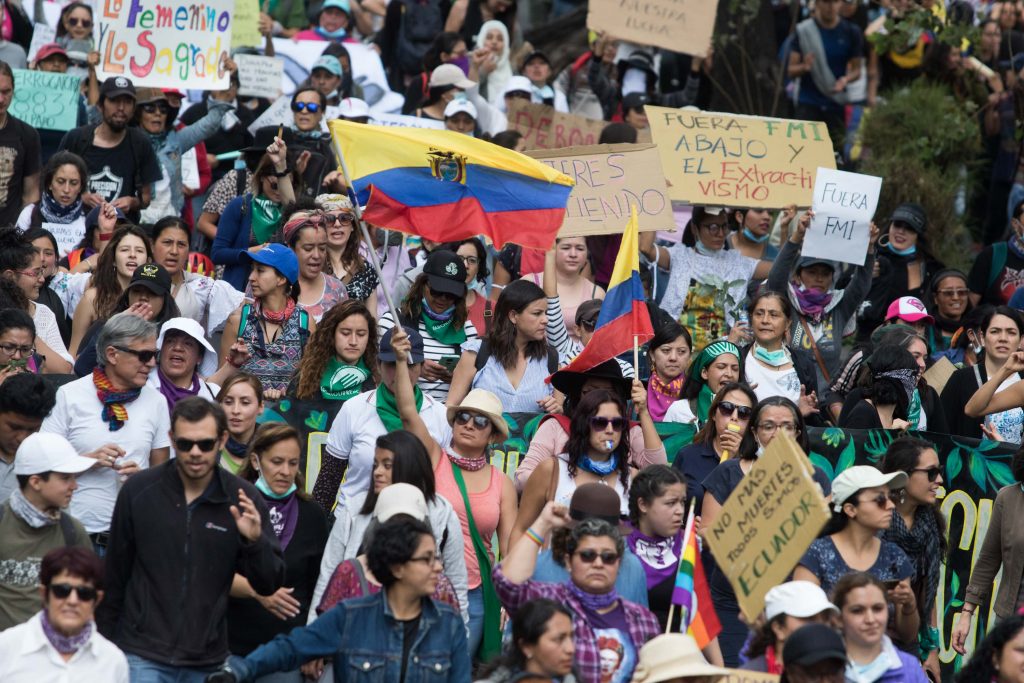 On October 1st, Ecuadorian President Lenin Moreno announced a series of economic measures for the country, including the elimination of gasoline and diesel subsidies and the liberalization of their prices, as part of an agreement with the International Monetary Fund (IMF). These measures led to the eruption of massive nationwide protests for eleven consecutive days, which were met by the govern... 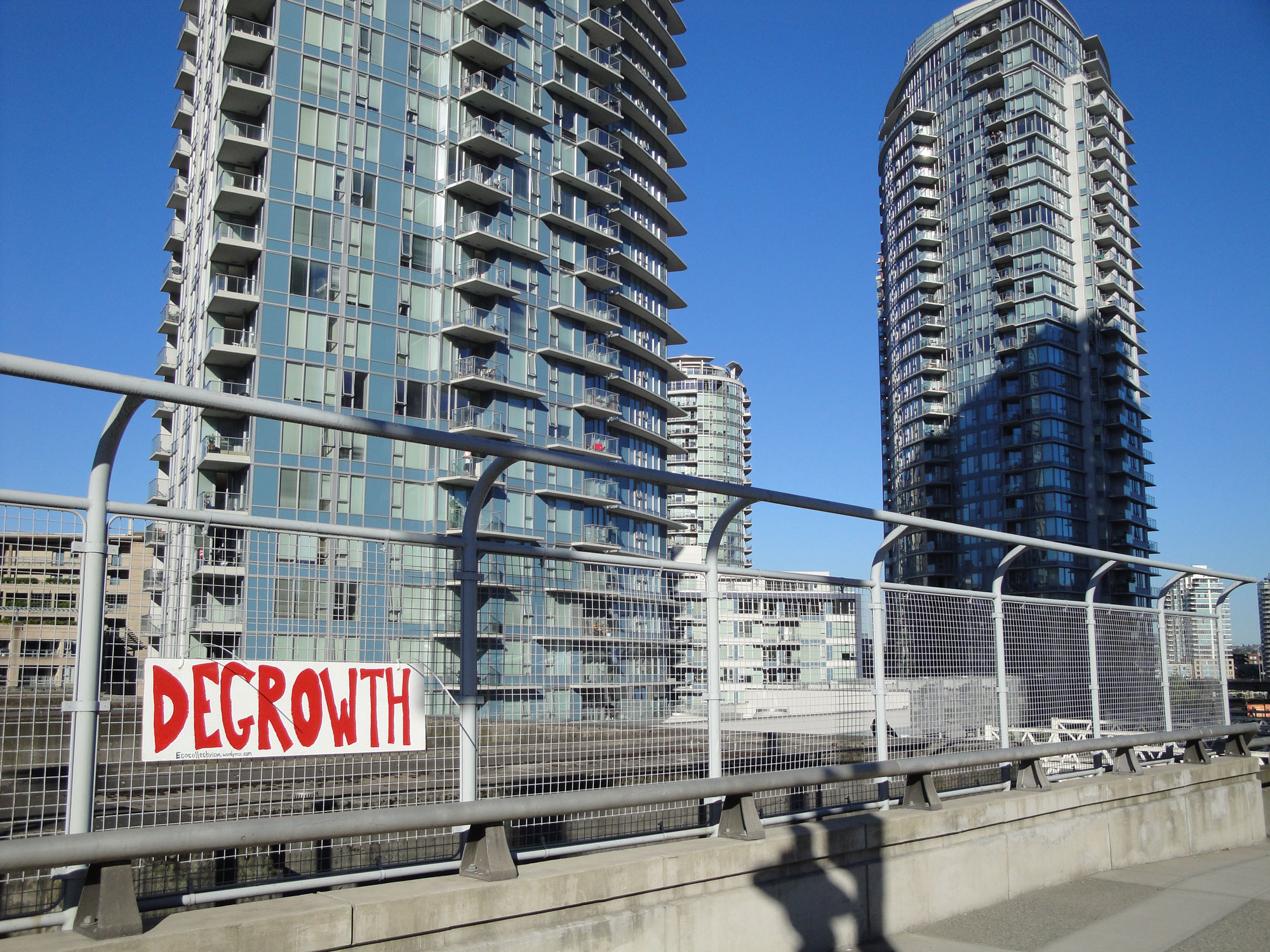 By Giorgos Kallis The ecomodernist manifesto is the latest and most visionary document under the auspices of the ‘post-environmentalist’ think-tank the Breakthrough Institute. I first heard the Institute’s founders Ted Nordhaus and Michael Shellenberger speak at Berkeley some eight years ago, presenting their case for the “death of environmentalism” (hence the ‘post’ prefix). For half of the p...

Climate Justice and Degrowth: a tale of two movements 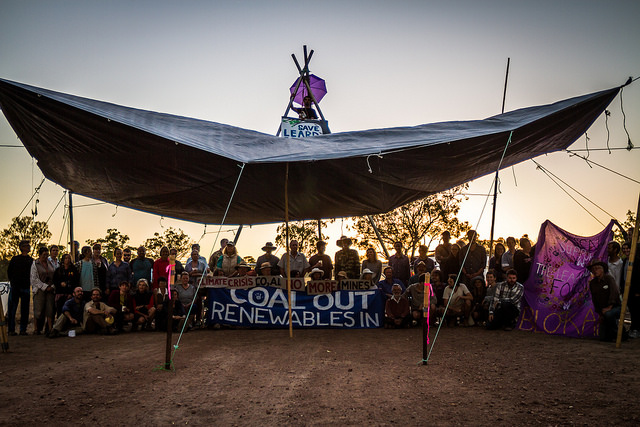 By Tadzio Müller In the run-up to last year’s United Nations Climate Conference in Lima, Peru, a particular headline kept popping up, an attempt to once again establish a particular meme in the mind of global elites as well as wider populations: friends, the line goes, you’re right to worry about climate change, but – say the reports by, on the one hand, the International Monetary Fund, and on...