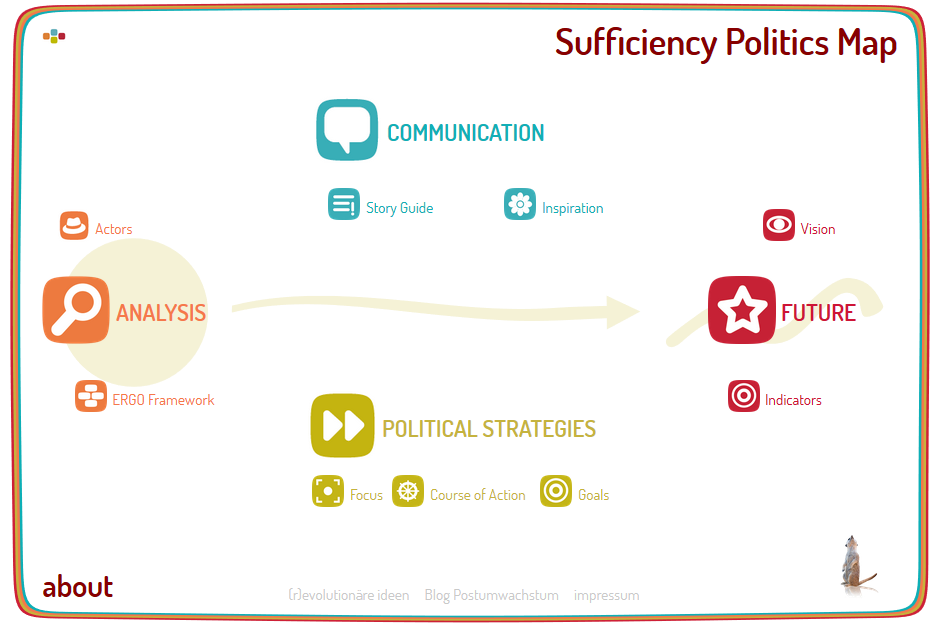 When our book Post-Growth Society was published in 2010 in German, the term was entirely unheard of. Today, Post-Growth is the harsh reality in many countries, but this phenomenon is considered to be transitory. Governmental investment subsidies and infrastructure spending, consumer incentive programs and a generous monetary policy are supposed to re-stimulate growth.

Additional governmental expenditures, however, are limited by public debt. Traditional monetary policy is running out of effective instruments. Alternatives unthinkable in ordinary times, such as negative interest rates or helicopter money, are being discussed seriously and implemented selectively. Within the debate about a “secular stagnation”, further measures against the crisis of economic growth are discussed.

Some (few) politicians, scientists and business people start to think about a long-term prospective without growth. But long-term concepts of post-growth, a-growth or degrowth remain officially off the agenda.

Nevertheless, civil society is increasingly discussing the Post-Growth Society – whether at degrowth conferences (such as currently in Budapest), in various initiatives and projects or on this blog.

Interestingly, consumption as the engine of growth in industrialized societies has been a target of criticism from early on, both in theoretical discussions and in individual or collective projects of sustainable living.  Equally the topic links back to the sustainability debate. There, promoting production and consumption patterns that are sustainable on a global level is a key objective, as demonstrated by the UN Sustainable Development Goals of 2015.

Although sustainability is based on the principles of efficiency, consistency and sufficiency, politics and science so far have focused strongly on efficiency. The issue of sufficiency – asking how much we need for which purpose – has been neglected, partly because the concept of "less" that is inherent in sufficiency is in conflict with the "more" of economic growth.

Sufficiency: From practical experience and theory to a policy field

Despite these obstacles, sufficiency is gaining momentum. One reason for this is that public interest in alternative lifestyles has increased. Furthermore, research has shown that reckless use of efficient products, enhanced performance requirements and increased quantitative demand easily destroyed efficiency gains (rebound effect). This dampens optimism that an efficiency-only strategy will do the job. Instead of relying solely on technological progress, we will need social and structural change.

As a consequence, sufficiency will also have to be considered a policy field for which suitable strategies must be developed. Uwe Schneidewind and myself have made this demand in our book “The Politics of Sufficiency - Making it easier to live the Good Life” in 2013.

Sufficiency politics is not only complex but also controversial. Political change in favor of sustainable lifestyles may imply limitations on non-sustainable behaviors, for instance when pedestrians or cyclists receive more space. Such trade-offs are common in politics – in the area of sufficiency, however, they incur a special emotional charge as beloved privileges are threatened.

From policy field to concrete strategies: The Sufficiency Politics Map

Strategies for change need sound arguments and positive images – and they need change agents. Therefore, Dominik Zahrnt and I have condensed the book “The Politics of Sufficiency” and developed a digital map. The Sufficiency Politics Map shall help actors from civil society and politics to find their way through the complexities of sufficiency policy, to communicate it successfully and, above all, to act politically.

The target group are those actors from civil society, politics and the business world who wish to promote the debate about sufficiency and develop their own strategies. The digital format of the map invites, in particular, young people who enjoy new forms of communication and cooperation.

The digital „Sufficiency Politics Map“ has been published yesterday on the occasion of the 5th International Degrowth Conference 2016 in Budapest. The map has  been presented today at a special session.

We would like to invite you to join the debate about sufficiency politics and its relationship to post-growth and degrowth. And, of course, to take action!

Here you can find further information on the map. 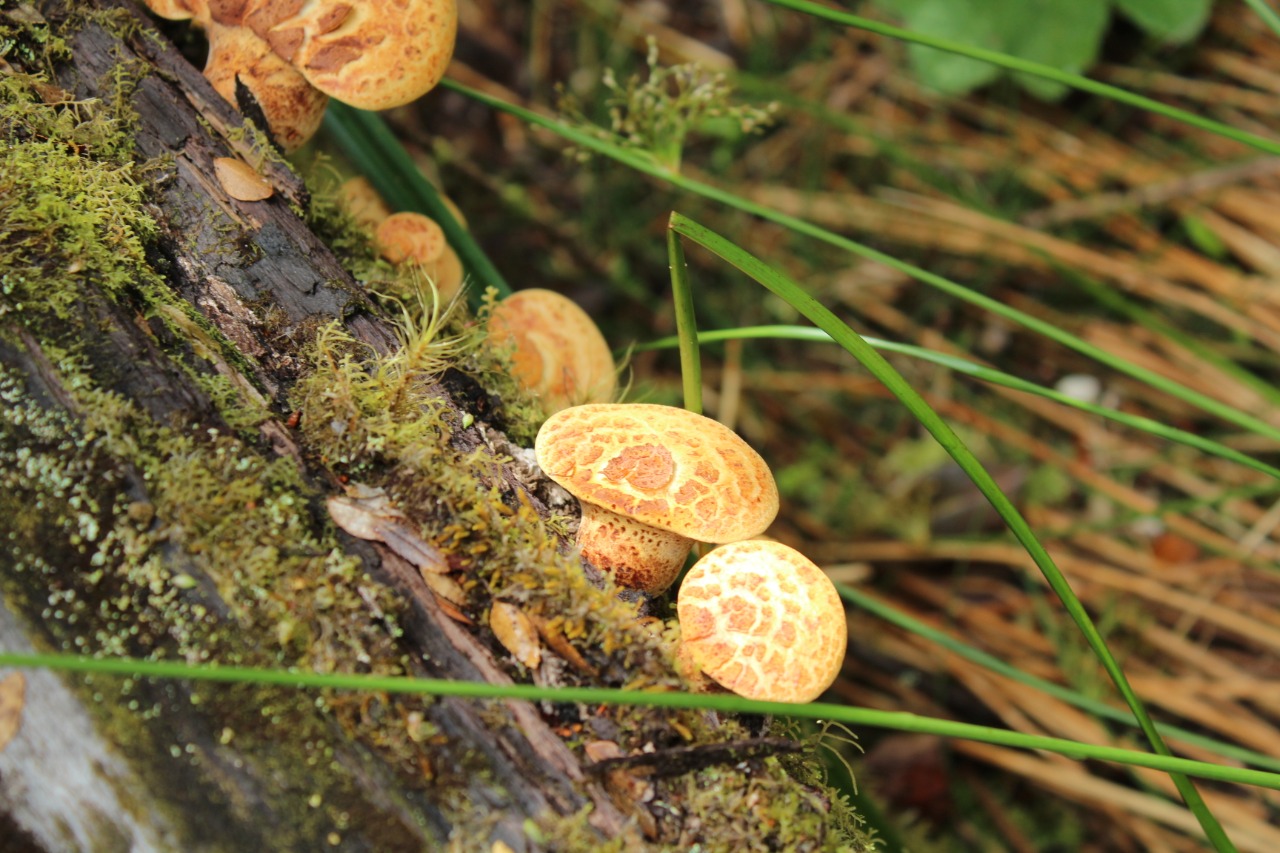 The following text is an excerpt from “Towards an Ecology of Care: Basic Income Beyond the Nation-state (unpublished). Even though the degrowth movement has shown the limits of our civillization’s obsession with growth, and has promoted and proposed complementary currencies, the degrowth critique has yet to consider the role that money/credit creation plays more explicitly. Ecological ec...

In Rojava (Northern Syria), in the midst of a raging war, a society based on the values of women's liberation, radical democracy, and ecology is being built. In early 2018, we, people from across the world, launched the campaign 'Make Rojava Green Again' in co-operation with the newly-established local autonomies to help find solutions to the vast destruction of nature that has resulted from de...

Beyond Paris: avoiding the trap of carbon metrics 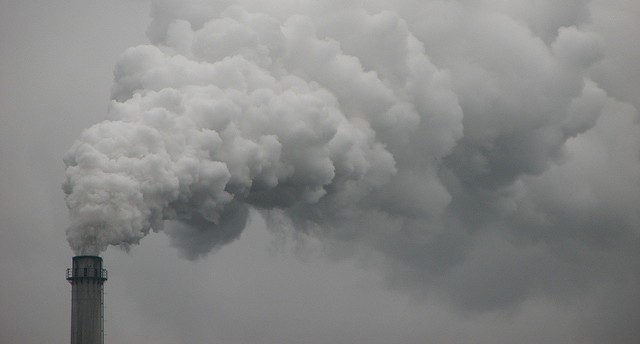 Until recently terms like “carbon accounting,” “carbon footprint” and “carbon offsetting” would have raised some quizzical eyebrows among the general public. Today, such carbon-based metrics are everywhere, but are they helpful or unhelpful in motivating the necessary action on climate change? Although the case for metrics may seem incontrovertible, what is measured is always a political choic...