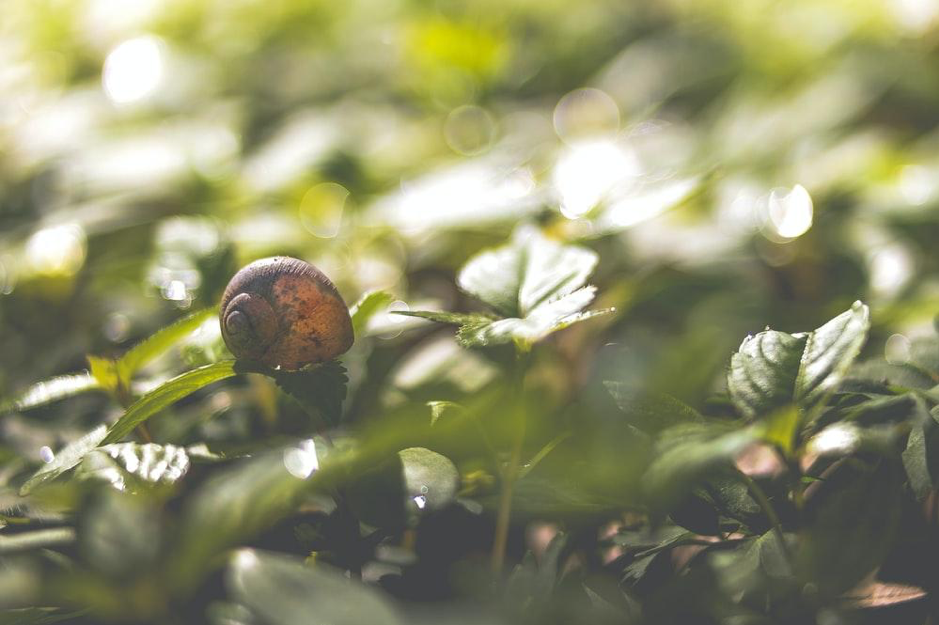 Underdevelopment and conflict in the Global South

In the process of the capitalist expansion and integration of former colonies into the world system, development for European colonial powers meant underdevelopment for the colonized nations. This process has permanently and violently changed and restructured the local economies of colonized nations and put them in the condition of pursuing economic growth determined by foreign capital and foreign markets rather than by local needs. Since colonial times, the countries in the Global South have served as the providers of cheap labor and cheap nature for production and consumption of the countries of the Global North. This is also the source of a lot of conflicts today.

While the development narrative claims that the rich nations of the world would transfer their technological skills and knowledge to poor countries in the Global South, in reality, the so-called ‘development cooperation’ is marked by much larger amounts flowing from the South to the North than otherwise. This geopolitical and monopoly power that Global North countries and corporations have on setting different prices for labor and nature in the South is what enables unequal exchange and appropriation of value from the South by the North. This sustains high levels of income and of consumption in countries of the Global North, while depressing the trade revenues in the South, “denying them access to resources that could be used for investment in public services, economic development and poverty reduction.” All of this would allow countries in the Global South to better deal with social conflicts, as well as mitigating the risk of civil war.

The unequal patterns of international trade that reproduce economic and political inequality also hamper socio-environmental sustainability. The concept of ‘burden-shifting’ takes place when countries at the core of the global system shift the environmental and social costs of high industrial activity and resource extraction to poorer nations in the periphery, while benefiting from the financial and material accumulation. This displacement of ‘extractive frontiers’ from the core to the periphery is linked to the rise of environmental conflicts that affect mainly indigenous and peasant communities in the Global South. A report shows that land and environmental defenders that act to protect the environment from both extractivism and climate breakdown are the most affected by these types of conflict. Indigenous people are the ones most at risk, accounting for about a third of all the killings, which are mostly associated with mining, agro-industrial, and logging projects. Research shows that the determinants that explain the occurrence of these killings include income level, foreign direct investment, mineral dependence, and regime type.

Alternatives to development and extractivism

The idea of anti-extractivism has emerged as a movement to provide alternatives to the capitalist and extractivist model of development, while protecting the environment and increasing wellbeing. It not only criticizes the capitalist and imperialist model of development imposed in countries of the Global South, but it also entirely rejects extraction itself, and proposes a post-extractive society. Anti-extractivism identifies that not only is dependency and imperialism the cause of underdevelopment and social conflicts, but it is the ideology of infinite extraction of resources that serves as foundation for exploitation and colonization of both people and nature. In this sense, to break with notions of underdevelopment, of exploitation, and to achieve harmony between humans and nature, it is necessary to break with the ideology of development based on economic growth and resource extraction. It is not possible to achieve a ‘good enough’ level of development for the entire population of the world within ecological and planetary boundaries without rupturing with capitalist modes of production and extraction. It is necessary to rupture with the roots of violent exploration if we are to protect both people and nature.

In order to overcome both underdevelopment and conflict in the Global South, the strategy should rely on processes of redistribution of resources and reconfigurations of class relations in order to provide a good life for all while attending to ecological limits. In order to do this, it is necessary to replace the ideology of development and of extractivism with different understandings of the relationship between humans and nature. This can be found in the epistemology of buen vivir, for example, but also in other cosmovisions around the world like ubuntu, ujamma, and swaraj. However, these understandings cannot be applied to existing structures and processes like a list of policies to be followed. They are rather a systemic alternative with the potential to completely rearrange social, class, and environmental relations, and to move the goal of our societies away from the exploration of people and the environment and instead towards coexistence.

The strength of systemic alternatives that are based on different epistemologies from the South is that they provide not only a different way into seeing the relationship between development and underdevelopment, and between humans and nature, but because they provide a number of different ways of understanding the world and our relationship to it. This means that there is space to build alternatives to both extractivism and capitalist development, and to create different societies where nature and humans are valued kindlier. Here, I would like to highlight two main lessons from combining systemic alternatives throughout the world.

First, systemic alternatives become an interesting and viable alternative not when they are imposed from the top-down, but when they are brought up by social movements and community organizations. A key mistake is to believe that buen vivir can be implemented as a national state plan, when it is rather a new societal reality that should be built at the grassroots level. The focus should be not in centralizing the alternatives in the hands of the state which is still very constrained by transnational companies, trade obstacles, and the structures of the global economy. Instead, the local level where community relations and organizations can act to create new cultures and strategies for social and structural change should be potentialized. Indigenous, peasant, and other marginalized groups have been resisting the ideology of development and of extractivism for centuries. In this context, their struggles should not only serve as examples of the work that is needed ahead, but their strategies and knowledge should be amplified.

Second, it has proven impossible to create and implement systemic alternatives at large scales that are isolated at the national level. In order to create a viable alternative, it is necessary to create articulations between different processes across the world. However, this articulation is not only between processes of emancipation in the South through alternatives like ubuntu, ujamaa, and swaraj, as mentioned before. It is imperative that these processes of social transformation expand themselves beyond the national and regional borders of the Global South and into the center of countries that today colonize the planet in different ways. This is why the articulation of buen vivir for example should be connected to strategies of degrowth in highly industrialized countries of the Global North. Degrowth strategies focus on decreasing resource and energy use by countries and communities in the Global North, as well as moving away from economic growth and capital accumulation as the center of our societies. By confronting the problem of overconsumption and accumulation at the source of global power through degrowth, it is possible to allow room and space for nations of the Global South to reorganize their societies away from pursuing development and extractivism and to overcome dependency and underdevelopment while attending to ecological limits.

This blog post is based on an academic article published in the journal Conjuntura Austral: Journal of the Global South in the special issue “Women Thinking the Global South”. It is available at: https://seer.ufrgs.br/ConjunturaAustral/article/view/113853/64277

Barbara is currently a PhD candidate in Political Science at Lund University, Sweden. Her research focuses on the role of the environment in both conflict and peace, and how to build both peaceful and sustainable societies. Originally from Brazil, Barbara’s work focuses on questions and challenges to issues of development, the environment, and peace across the Global South.

Whither the pluriverse? Degrowth and coloniality 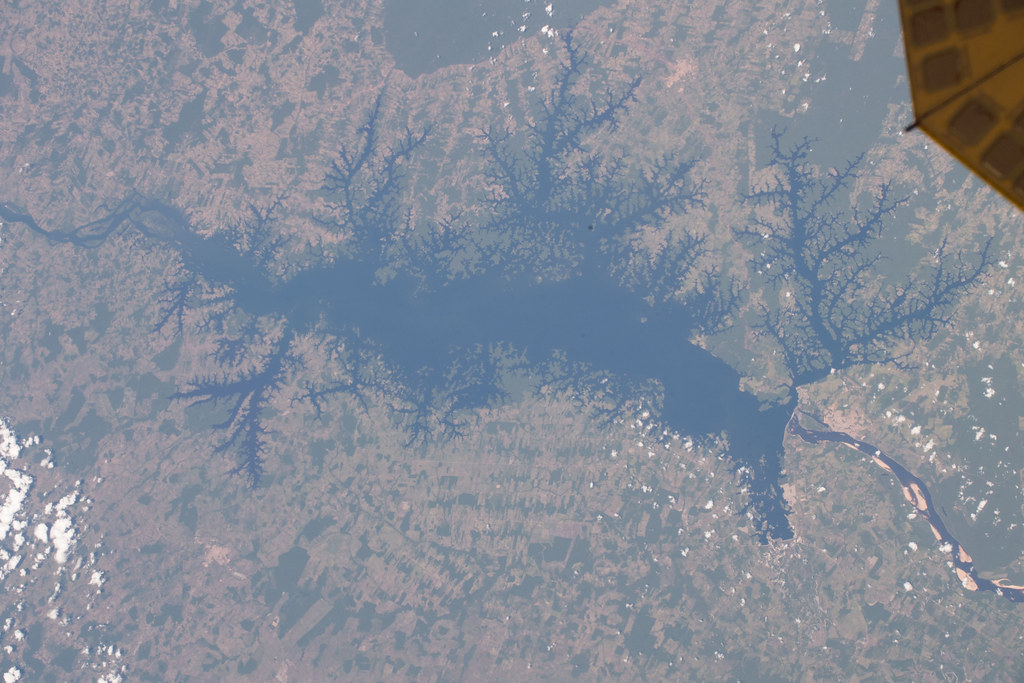 Will degrowth as a discourse and movement extend coloniality, by aiming to make just one world out of the many that form the earth’s pluriverse? Or will degrowth be decolonial, by helping to sustain and grow a many worlds world in which diverse ways of living and relating can thrive? These are the questions we ask in this brief essay.